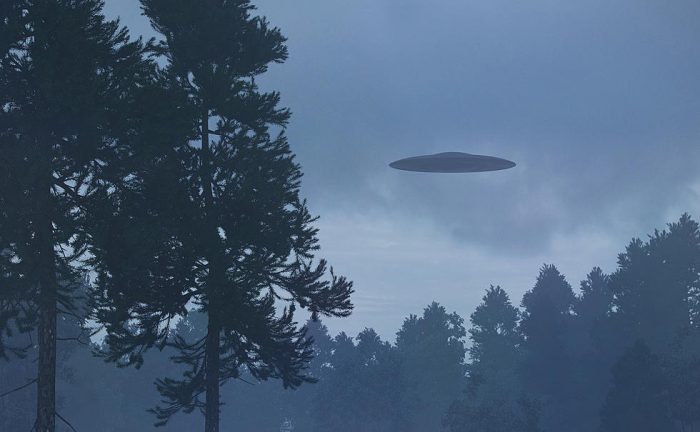 On March 8th, 1994, hundreds of witnesses reported seeing strange lights in the sky over Lake Michigan.

The incident, which to this day remains one of the most intriguing mass UFO sightings in history, was reported by witnesses along some 200 miles of Lake Michigan’s shoreline.

What made the sightings so compelling was the fact that they were reported by, not just residents, but also a policeman and a local meteorological team, thus making them much more difficult to dismiss.

“I’m known as the UFO lady of Grand Haven,” she told the Detroit Free Press.

“I watched them for half an hour. Where I’m facing them, the one on the far left moved off. It moved to the highway and then came back in the same position. The one to the right was gone in blink of an eye and then, eventually, everything disappeared quickly.”

Elsewhere, Daryl and Holly Graves, along with their son Joey, reported seeing something similar over Holland, Michigan at around the same time on the same night.

“I saw six lights out the window above the barn across the street,” said Joey. “I got up and went to the sofa and looked up at the sky. They were red and white and moving.”

Leo Grenier of the National Weather Service Office in Muskegon County later revealed that several unknown echoes had been picked up on radar at the time of Velthouse’s sighting.

“My guy looked at the radar and observed three echoes as the officer was describing the movement,” he said. “The movement of the objects was rather erratic.”

“The echoes were there about 15 minutes, drifting slowly south-southwest, kind of headed toward the Chicago side of the south end of Lake Michigan.”

As things stand however, no definitive explanation for these sightings has ever been found.