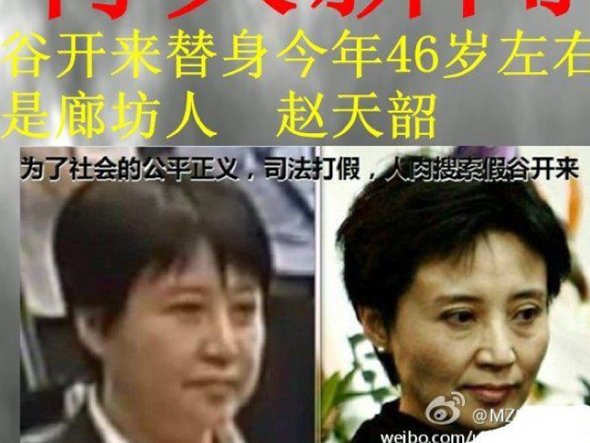 China’s breakneck growth rate has helped create some problems that are very unique to China.

Its emphasis on speed over safety, poor environmental track record. use of substandard construction materials, extreme punishments for white collar crimes, and the propaganda aimed at protecting the image of the Communist party, are all part of the problem.

Buildings and bridges have collapsed, the much lauded high speed rail line has caused controversy, and food safety continues to be a concern.

In other instances, the sheer size of its population and its position as the world’s largest pork consumer has made the country hold a national pork reserve.

In light of this we highlighted 19 crazy things that have happened in China.

Buildings fall over sideways and are sometimes intact. One construction worker was killed when this 13-floor building collapsed almost intact. There are constant fears that safety comes second to speed.

Cities with no occupants pop up all over the country. China’s infrastructure investment driven growth has caused ghost cities and ghost malls to prop up all across the country. Wealthy Chinese with limited investment options have taken to investing in walnuts, jade and gold mooncakes.

They also spend hundreds of thousands on dollars on jade. Jade prices first started to rise in 2005 but the jade bubble is said to be popping.

Government officials have spent thousands of dollars on gold and silver mooncakes. Chinese government officials reportedly spent thousands of dollars on gold and silver mooncakes. This raised concerns of corruption according to Xinhua.

26-mile bridges get built to nowhere. The 8-lane Qingdao bridge is the world’s longest bridge and cost 14.8 billion yuan to build but sees a fraction of the traffic that was expected, according to the Financial Times. Concerned with appearances China lied about the little girl that sang “Ode to the motherland” at the Beijing Olympics. Yang Peiyi the real singer wasn’t considered cute enough and Lin Miaoke was brought in to lip synch the song. The music director Chen Qigang told the AP: “The audience will understand that it’s in the national interest.” China blocked Bloomberg.com after it ran an article on the wealth of the family of president-in-waiting Xi Jinping.

White collar executives get sentenced to death for their role in the shadow banking system. Wu Ying aka ‘Rich Sister’ was originally sentenced to death for her role in shadow banking, but is now expected to serve life in prison.

TV programs are based on interviews with criminals before their execution. “Interviews Before Execution” was a popular television program. Henan TV only cancelled the show after Chinese officials worried about how it would impact China’s image abroad following publicity surrounding a BBC documentary on the show.

Bridges collapse within a few months of being built. One person was killed and 22 injured, when the Wuyishan Gongguan Bridge collapsed in China’s Fujian province.

Wealthy people have stand-ins at their trials In China the extremely wealthy are believed to hire body doubles to appear as them in court and serve out prison sentences. 40 people were killed and 200 injured, when high speed trains collided near Wenzhou in 2011. As Chinese cities develop across the country fake stores have become increasingly prevalent. Arguably the most famous fake store was the fake Apple store in Kunming, southern China.

Milk gets infused with melamine. China’s dairy industry has been hit with milk contamination scandals since 2008. Milk products have been found containing everything from mercury to melamine, and detergent. Environmental pollution and chemical spills have caused rivers in China to turn red. China has replaced the U.S. to become the world’s largest consumer of pork. The country has a national pork reserve that it releases when prices soar.

People do push ups in the middle of busy highway. Cars came to a standstill on China’s highways during its Golden Week holidays. Drivers were seen exiting their cars to stretch and even do push-ups. ABC News (screenshot of a report)

In this article:China, Money Game