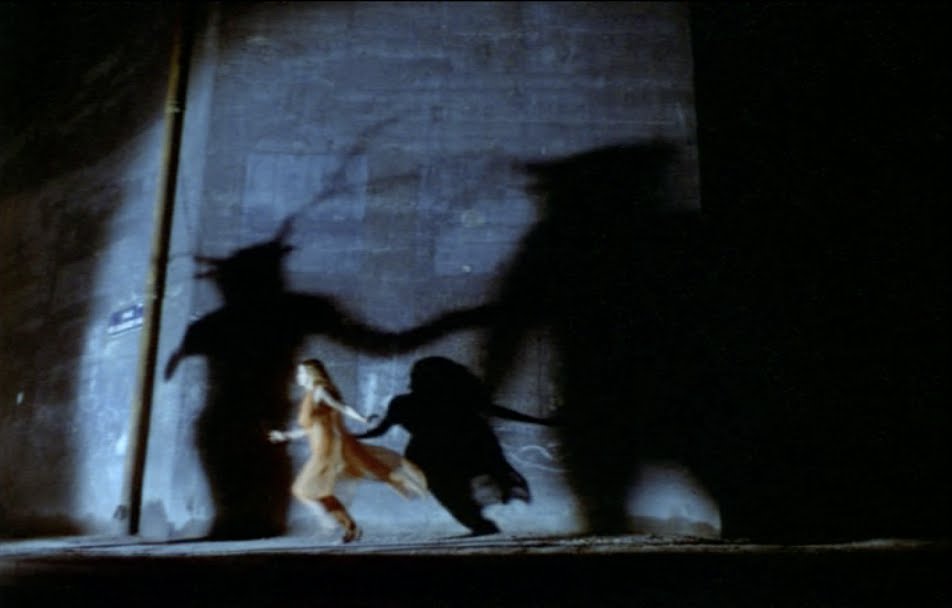 On August 7th 1999, London police received more than 36 reports of a gigantic sea serpent in the Thames.  It was “at least 200 ft long and 5 yards across,” said one panicky witness. Despite all the sightings, no one managed to get a picture—or so it was thought. That day photographer John Collins was taking aerial photos of London from a private plane. He didn’t notice the object at the lower right until he examined the photo later. 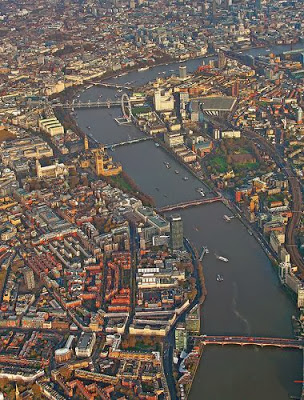 Stone sculpture depicting a Vimana,  flying machines in ancient India (1200 b.c.),  Many Sanskrit epics, which were written in India more than two millennia ago, contain references to mythical flying machines called vimanas. Pointing to similarities between descriptions of vimanas and reports by people who claim to have seen UFOs, ancient alien theorists have suggested that astronauts from other planets visited India during ancient times. 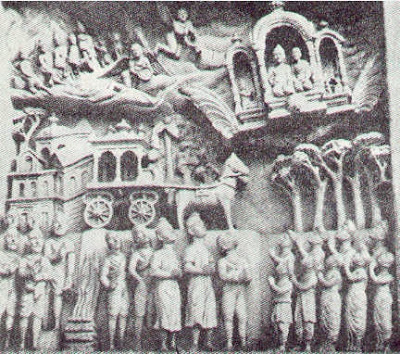 Project Avalon – Klaus Dona: The Hidden History of the Human Race On the big cup you can see a perfect inlaid star constellation also showing the Orion and other stars. And inside the big cup it is very, very magnetic and outside the cup nearly nothing. Professional geologists are saying this is impossible because if a stone has metal particles inside the stone, it must be same magnetic from both sides. 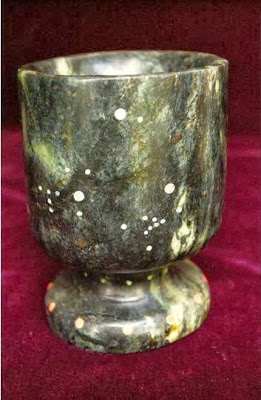 Mystery rock from Earth or alien spaceship? This gigantic boulder with its belly laced like an oversized waffle grill continues to baffle visitors who come to the West Virginia side of Jennings Randolph Lake. There have been numerous theories and speculation as to its origin, ranging from a pictograph made by prehistoric man, an Indian carving, the impression of the skin pattern of a giant lizard, or evidence of a visit to Earth by ancient travelers from outer space. 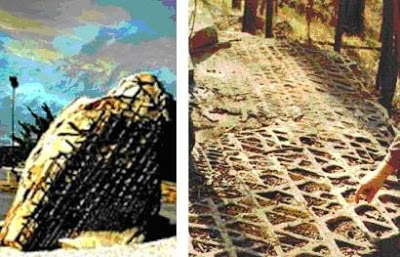 The Bob White Object: In 1985, Missourian Bob White recovered physical evidence following a UFO encounter in Colorado. In 1996, Mr. White was flown to the classified Los Alamos National Labs for an analysis of his evidence. White was told by Senior staff that the object he recovered was extraterrestrial. The lab recanted their position later. Mr. White has passed polygraph examinations given by law enforcement professionals concerning the Los Alamos matter.

An 80 ton boulder on the side of Hidden Mountain in New Mexico bears a puzzling inscription. Carved into the stone’s flat side is what has been interpreted by some to be a version of the Ten Commandments in a form of ‘Paleo-Hebrew’ 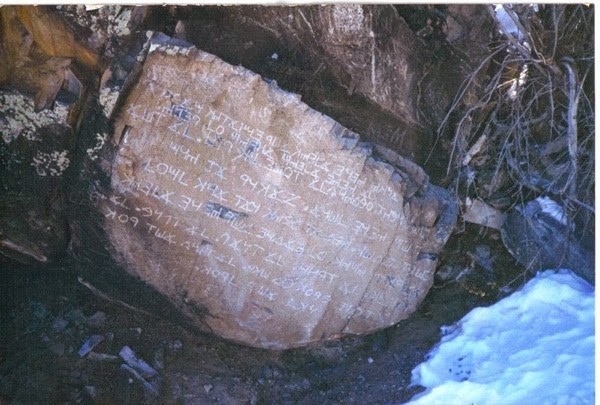 The Mysterious Cones of the Egyptian Desert 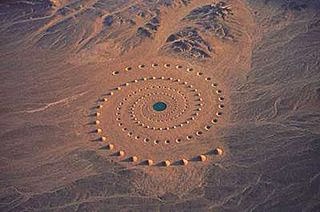 Chinese Pyramid in Xianyang. Most footage of Chinese pyramids is arial. The Chinese government are very reluctant to let foreigners in to study the structures and have only once agreed to a visa for this purpose. 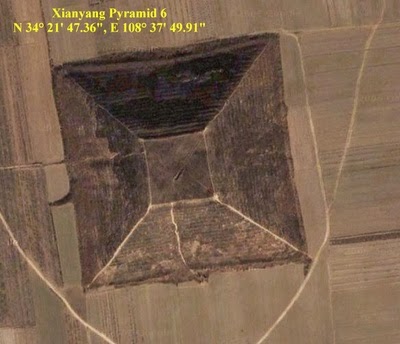 Mysterious medicine wheels ~ two persons, unknown of each other, separated by thousand miles noticed on one morning these strange marks on their skin. They had no idea how those get there. Their common backgound is spirituality. One had an ayahuasca ceremony the night before, the second had a spiritual emergency (diagnosed as psychosis) following it. 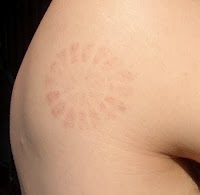 In July, 1944, Waldemar Julsrud, made a resounding discovery to Acambaro, Mexico. He found figurines that represent, among others, dinosaurs, unknown animals, reptiles, unknown divinities, and its everyday objects (pipes, musical instruments, etc.) Dinosaurs, how these people were able to represent animals they are supposed to never have known? Once again, the traditional archéologie makes a mistake and prefers, in spite of the obvious facts, stay in the error… Figurines from 2500 BC 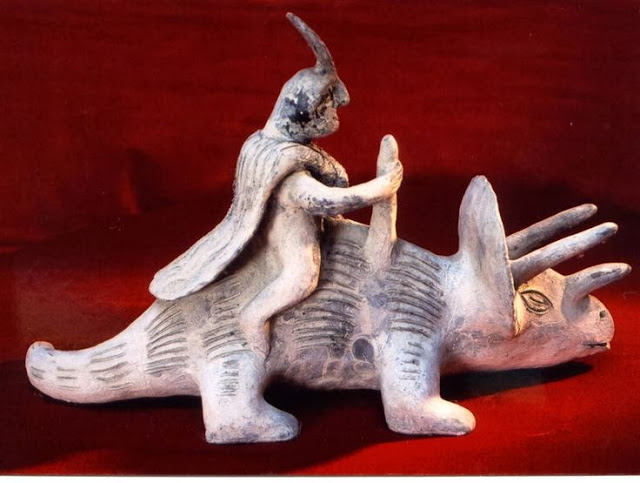 Strange Being captured on a photo in1973 in Falkville, Alabama by Sheriff Jeff Greenhaw. “It looked like his head and neck were kind of made together… he was real bright, something like rubbing mercury on nickel, but just as smooth as glass-different angles give different lighting… when I saw him standing in the middle of the road I immediately stopped the car and asked if he was a foreigner, but no sound came out of his mouth.”

The skull of this Sasquatch or Bigfoot creature was discovered in the Rocky Mountains. 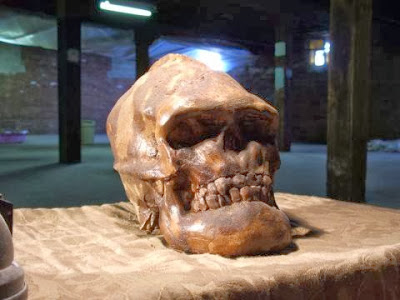 Mystery airships or phantom airships are a class of unidentified flying objects best known from a series of newspaper reports originating in the western United States and spreading east during 1896 and 1897. According to researcher Jerome Clark, airship reports were made worldwide from the 1880s to 1890s. Mystery airship reports are seen as a cultural predecessor to modern claims of extraterrestrial-piloted flying saucer-style UFOs. Typical airship reports involved unidentified lights, but more detailed accounts reported ships comparable to a dirigible. Reports of the alleged crewmen and pilots usually described them as human looking, although sometimes the crew claimed to be from Mars.[4] It was popularly believed that the mystery airships were the product of some genius inventor not ready to make knowledge of his creation public. For example, Thomas Edison was so widely speculated to be the mind behind the alleged airships that in 1897 he “was forced to issue a strongly worded statement” denying his responsibility. Author Gregory L. Reece has argued that mystery airships are unlikely to represent test flights of real human-manufactured dirigibles as no record of successful airship flights are known from the period and “it would have been impossible, not to mention irrational, to keep such a thing secret 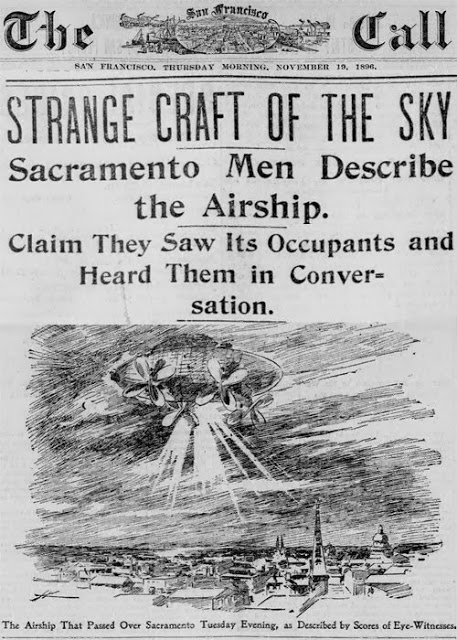 Japan-1803 One of the first modern UFO stories comes from Japan. This is the story of Utsuro-Bune, a mysterious alien woman who appeared suddenly from the depths of the Pacific Ocean on a round ship. A detailed study of paintings from the era of the Utsuru-Bune reveals an object that resembles a flying saucer, similar to those seen today. A pale, redheaded woman was inside the ship, wearing soft, light clothing clutching a box. Where did she come from? What was in the box? Nobody knows. 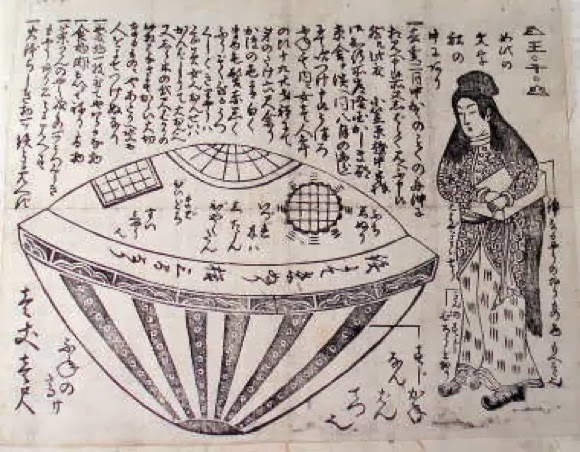 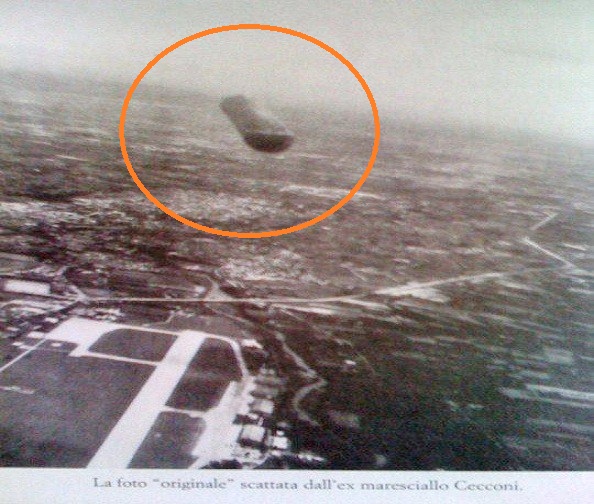 This footprint was cast near Glen Rose Texas at the Paluxy River. It measures 14 inches long, 7 wide. Paleontologists say the print is from a female. The cross cuts are from compression studies indicating that this person was approximately 10 feet tall and weighing 1,000 pounds. The human foot is that of an average female size 8.5. The casting is courtesy of Mt. Blanco Museum, Crosbyton TX. 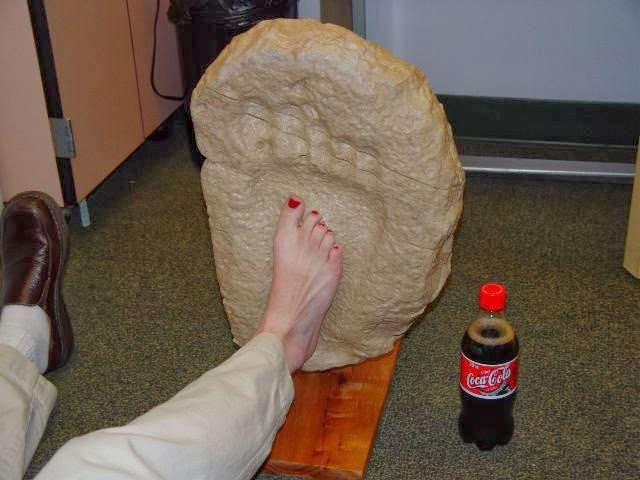 On August 26th, 1966, Lt. Glen B, stationed at Minot AFB, ND, says a whole fleet of UFOs sailed over the base. “I was on alert because of the event (a famous incident had occurred the previous day; a UFO had shut down a nearby nuclear missile silo), and had my camera with me. There was a vibration in the air and a dozen cylinder-like objects flew from S to N directly overhead. They were completely silent and moved in an uneven arrow formation.” 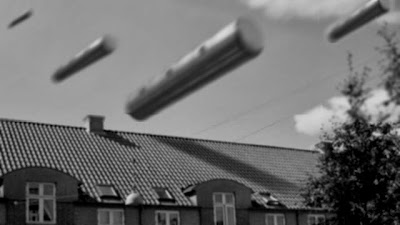 In this article:artfacts, hidden history, UFO