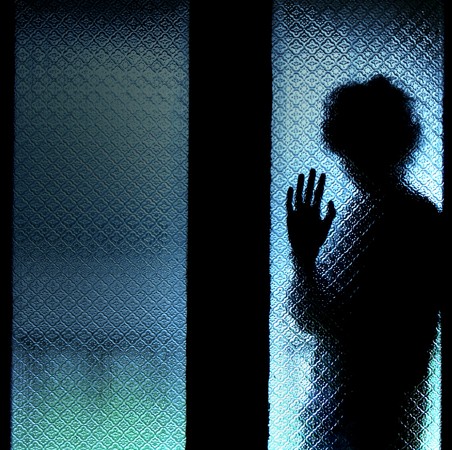 Kids say the darndest things, and sometimes those things are darn creepy.

A Reddit user asked people on the social media website to share stories of the creepiest things their kids have ever said. Blogger “Single Dad Laughing” did the same on his Facebook page. Here is a compilation of some of the creepiest answers they got.

1. My co-worker’s four year old daughter always thought that the rattling of the water pipes in the kitchen cupboards were ‘white wolves’ and the sound always scared her.

One day she was sitting at the kitchen table and she said, ‘Mom. The white wolves aren’t bad… they’re our friends!’

Her mom encouraged the idea by saying, ‘Yes! The white wolves are protecting us. They are our friends.’

Then her daughter added in, ‘They’re our friends, but not the man who crawls on the floor and stands by my bed’

2. Two nights ago after I put my son to bed.. I heard talking come from his room. I found him standing in the corner in the pitch black saying, ‘Stop tickling me! Stop tickling me!’

3. When my son was little he, maybe 3, he used to do this weird crawl where he would slide his forehead along the floor. That was pretty creepy in itself. Then one night he crawled across the hallway into my room like that and stood up a few inches from my face and made a weird meow sound. He got into bed with me and went to sleep.

Another time he was freaking out about a monster in the basement so we went down and saw nothing, of course, and as I turned out the light and headed upstairs … he said, ‘He’s right behind us now.’

Possibly the creepiest thing he did was one day I scolded him for misbehaving so he hid his head under his blanket. I pretended I couldn’t find him by saying ‘Where is my little Carson?’ He slowly lowered the blanket and with a dead evil stare said, ‘Carson is gone, I am Rick.’

I’m certain he’s possessed. We never knew any Ricks, as far I can remember. Still don’t. Never figured out where he picked up the name. 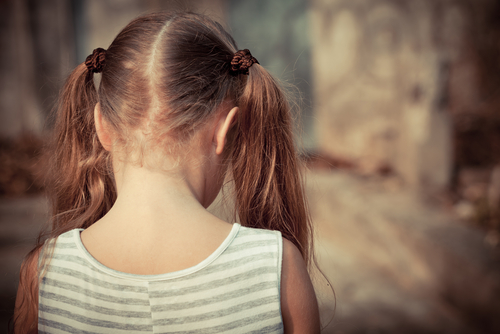 4. While changing my daughter in front of the open closet door. She kept looking around me and laughing. I asked her what was so funny. She said, ‘The man,’ to which I replied, ‘What man?’

She then pointed at the closet and said, ‘the man with the snake neck.’ I turn around and nothing was there. I’m afraid to look into the history of my house to see if anyone hung themselves in the closet. At least she wasn’t scared.

‘There.’ Points behind me at a dark corner of the room

Lamp on bookshelf next to said darkened corner falls off as soon as I turn to look.

She slept in our bed that night.

6. My niece puts her hand on my wife’s pregnant belly and says,’Your baby is gonna die.’

7. Just a couple of months ago, my two-year-old daughter and I were in her darkened bedroom as she was getting ready to sleep. Like any kid new to numbers, she loves to count. She pointed to herself and then me, counting, ‘One, two…’ before jumping up and pointing around the empty room. ‘Three, four, five, six, seven, eight, nine, ten! Ten people!’ she yelled proudly.

8. My three year-old and I were home all alone. We were walking around the house doing various things. Eventually we went into the basement. After we had been downstairs for a few minutes he stopped suddenly. Then he said, ‘Hey, why didn’t the man come with us downstairs?’

I was like, ‘Who?’ He said: ‘The guy that was just with us upstairs. How come he didn’t come downstairs too?’

9. When my son was four, I colored him a ‘Winnie the Pooh’ picture and put it on the fridge while he was sleeping. When he woke the next morning I said, ‘I made you something.’

He said, ‘You colored me a picture.’ I asked how he knew, he said ‘I saw you when I was sleeping.’ 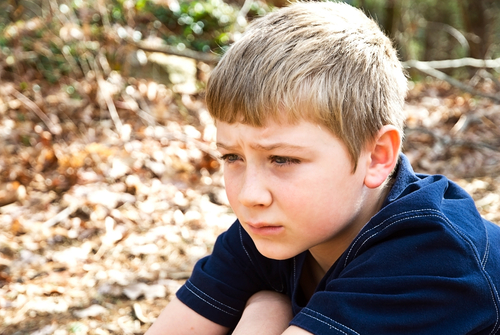 10. One night my daughter, who was then 5, got into bed with me. After both of us going back to sleep, I had a terrible nightmare where I was a murderer. I woke up in the morning and was thinking about my dream when my daughter woke up and looked at me and said, ‘Mummy I had a dream that you were killing people.’

11. My daughter at age 4 was screaming at the wall one night, then screaming for me to make the man go away. I told her I couldn’t see the man, so she had to tell him. So she screamed at him to go away. She then told me the man had long black hair and red eyes.

12. ‘There’s a man and woman that live in our house. They follow me to school sometimes.’

13. When my son was 3, we were playing at the park, and he told me that he remembered when he was in my belly and I would run it would bounce him all around.

I asked him of he remembered anything else while he was in my belly, and he told me that he met Jesus right before he met me. Maybe not creepy, but still not a normal conversation with a 3-year-old.

14. My two year old has been running from rooms screaming lately. The reason is always, ‘A guy! A guy!’

I’d go in the room and ask what was the matter. She would point into the empty room, terrified, whispering, “A guy!”

At first I thought I’d need to rethink everything I thought I believed about ghosts. Then, I realized “a guy” was actually “a fly.”

She is terrified of flies.

She looked right into my eyes and whispered, “I want to peel all your skin off.”

The back-story here is I had been sunburned the previous week, and was starting to peel. In my sleep-addled state, however, it was pretty terrifying for a few seconds. I didn’t know if I was dreaming or what was going on.

16. My niece was sitting on the couch with a weird look on her face. Her mom asked her what she was thinking about, and she said, ‘I’m imagining the waves of blood rushing over me.’

Turned out they had been at a local science museum with an exhibit on the circulatory system. One of the features was a walk among some giant fake blood vessels, and she was remembering that. 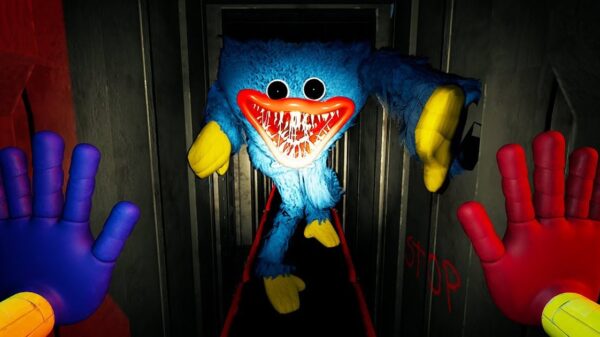 Who is “Huggy Wuggy” and why are people demanding its ban?

Words are increasingly being heard that this character is dangerous for the psyche of the child, and the British police have already begun to... 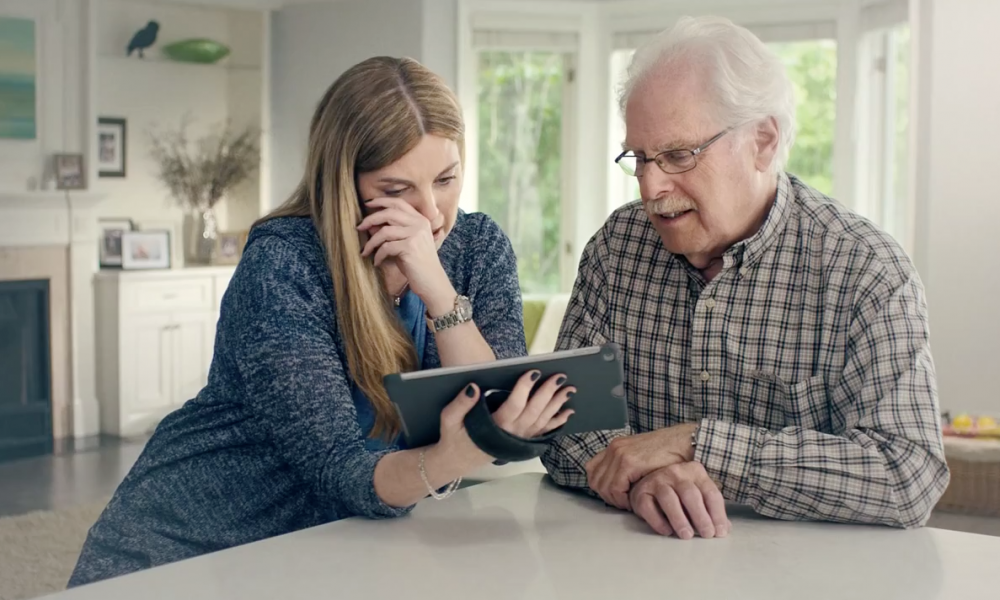 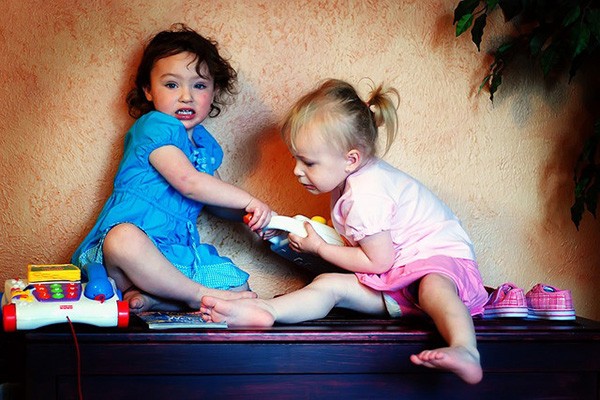 by Joe Martino Being a parent can be a tough job. Trying to raise and nurture a child while managing everything else that goes on in...