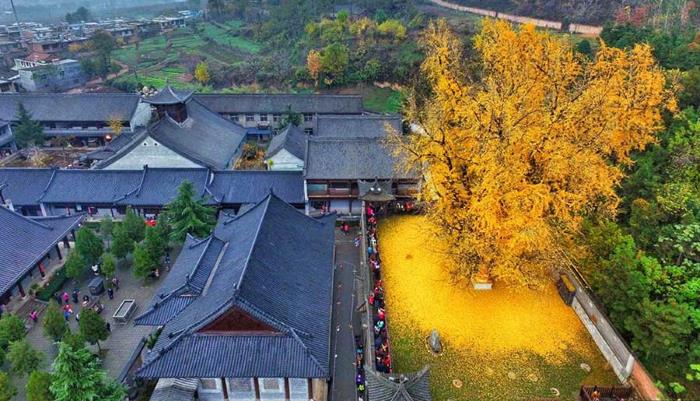 In early November, tourists and pilgrims come to the Gu Guanyin Buddhist temple in the Chinese mountains of Zhongnan to admire the “golden” tree.

The Ginkgo biloba was planted here 1400 years ago for Emperor Li Shimin of the Tang Dynasty, one of China’s greatest rulers. The tree rises majestically over the temple. In mid-October, it begins to turn yellow, and in early November it sheds its leaves. The sight is so beautiful that the tree has become a tourist attraction.

Visiting the tree is a local tradition during the fall holidays. But after photos of the golden ginkgo went viral on social media, the region’s residents had to compete with tourists from all over the country and even overseas visitors to see the shrine.

For example, in 2017, 60 thousand people saw ginkgo in 20 days. But in 2020, due to the pandemic, there are restrictions in the temple. Locals will be able to calmly watch the golden giant.

In this article:Ginkgo biloba, golden tree