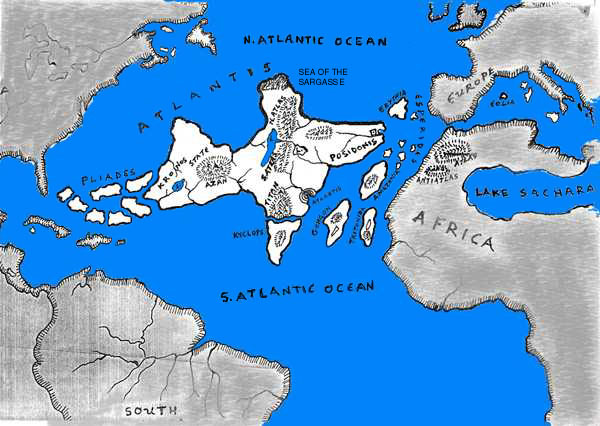 These strange lines are found at coordinates: 40°27’28.56″N, 93°23’34.42″E. There isn’t much information available on these strange, yet beautiful mosaic lines carved in the desert of the Gansu Sheng province in China.

Some records indicate they were created in 2004, but nothing seems official. Of note, these lines are somewhat near the Mogao Caves, which is a World Heritage Site. The lines span a very huge distance and yet still retain their linear proportions despite the curvature of the rough terrain.
Unexplained stone doll

The July 1889 find in Nampa, Idaho, of a small human figure during a well-drilling operation caused intense scientific interest last century. Unmistakably made by human hands, it was found at a depth of 320 feet which would place its age far before the arrival of man in this part of the world. 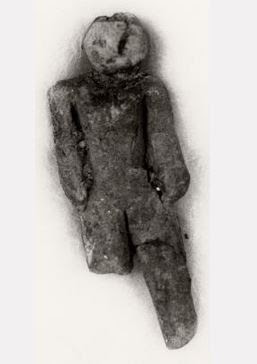 The find has never been challenged except to say that it was impossible.  creationism.org

The first stone calendarIn the Sahara Desert in Egypt lie the oldest known astronomically aligned stones in the world: Nabta. Over one thousand years before the creation of Stonehenge, people built a stone circle and other structures on the shoreline of a lake that has long since dried up. Over 6,000 years ago, stone slabs three meters high were dragged over a kilometer to create the site. Shown above is one of the stones that remains. Although at present the western Egyptian desert is totally dry, this was not the case in the past. There is good evidence that there were several humid periods in the past (when up to 500 mm of rain would fall per year) the most recent one during the last interglacial and early last glaciation periods which stretched between 130,000 and 70,000 years ago. During this time, the area was a savanna and supported numerous animals such as extinct buffalo and large giraffes, varieties of antelope and gazelle. Beginning around the 10th millennium BC, this region of the Nubian Desert began to receive more rainfall, filling a lake.  Early people may have been attracted to the region due to the source of water.  Archaeological findings may indicate human occupation in the region dating to at least somewhere around the 10th and 8th millennia BC.

In the summer of 1998, Russian scientists who were investigating an area 300 th km southwest of Moscow on the remains of a meteorite, discovered a piece of rock which enclosed an iron screw. Geologists estimate that the age of the rock is 300-320 million years. 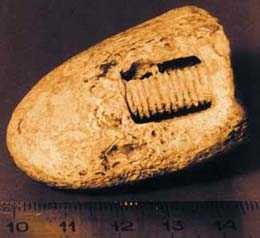 At that time there were not only intelligent life forms on earth, not even dinosaurs. The screw which is clearly visible in the head and nut, has a length of about cm and a diameter of about three millimeters.
Ancient rocket ship

This ancient cave painting from Japan is dated to be more than 5000 BC. 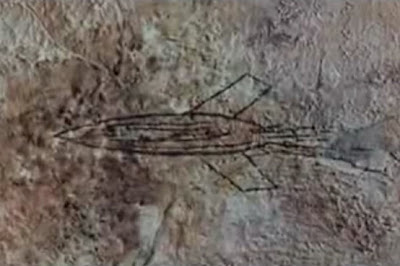 Sliding stonesEven NASA cannot explain it. It’s best to gaze in wonder at the sliding rocks on this dry lake bed in Death Valley National Park. Racetrack Playa is almost completely flat, 2.5 miles from north to south and 1.25 miles from east to west, and covered with cracked mud. 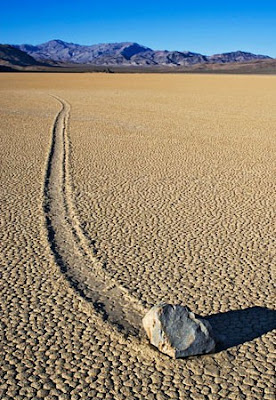 The rocks, some weighing hundreds of pounds, slide across the sediment, leaving furrows in their wakes, but no one has actually witnessed it.
Pyramid power

Teotihuacan, Mexico. Embedded in the walls of this ancient Mexican city are large sheets of mica. The closest place to quarry mica is located in Brazil, thousands of miles away. Mica is now used in technology and energy production so the question raised is why did the builders go to such extremes to incorporate this mineral into the building of their city. 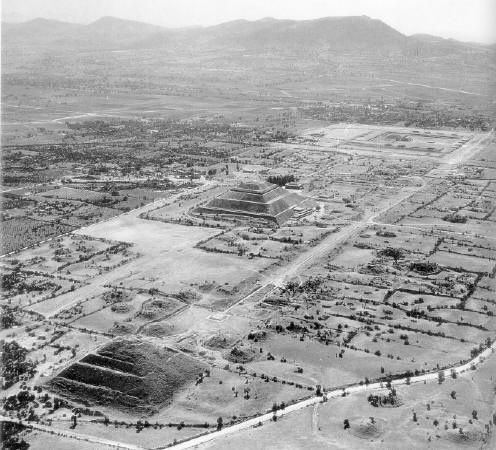 Were these ancient architects harnessing some long forgotten source of energy in order to power their city?
Dog Deaths

Dog suicides at The Overtoun Bridge, near Milton, Dumbarton, Scotland. Built in 1859, the Overtoun Bridge has become famous for the number of unexplained instances in which dogs have apparently committed suicide by leaping off of it. 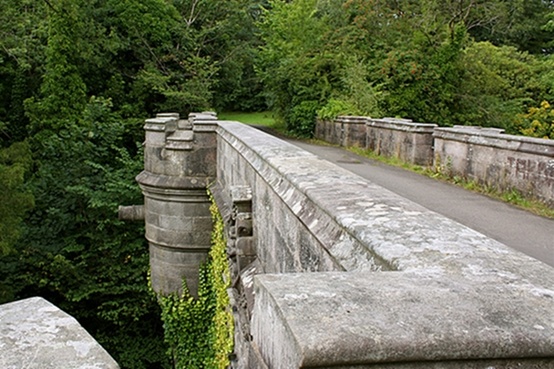 Fossilized giantThe fossilized Irish giant from 1895 is over 12 feet tall. The giant was discovered during a mining operation in Antrim, Ireland. This picture is courtesy “the British Strand magazine of December 1895” Height, 12 foot 2 inches; girth of chest, 6 foot 6 inches; length of arms 4 foot 6 inches. There are six toes on the right foot 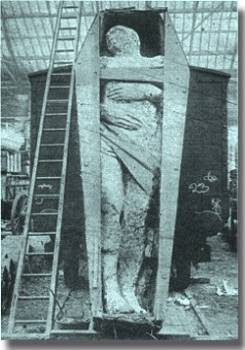 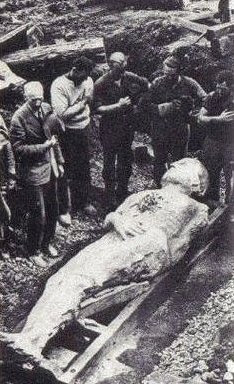 The six fingers and toes remind some people of  Bible passage 2 Samuel 21:20 “And there was yet a battle in Gath, where was a man of great stature, that had on every hand six fingers, and on every foot six toes, four and twenty in number; and he also was born to the giant”
Pyramid of Atlantis? Scientists continues to explore the ruins of megaliths in the so-called Yucatan channel near Cuba. They have been found for many miles along the coast. American archaeologists, who discovered this place, immediately declared that they found Atlantis (not the first time in history, underwater archaeology). 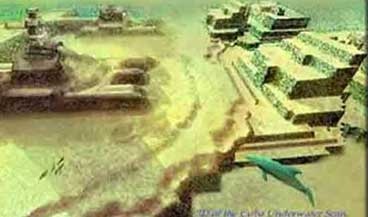 Now it’s occasionally visited by scuba divers, and all other interested can enjoy only in surveying and computer reconstruction of the buried water city of a millennium age.
Giants in Nevada

Nevada Indian legend of 12 foot red-haired giants that lived in the area when they arrived. The story has the Native American’s killing off the giants at a cave. Excavations of guano in 1911 turned up this human jaw. Here it is compared to a casting of a normal man’s jawbone. 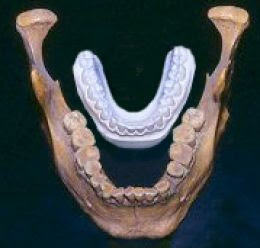 In 1931 two skeletons were found in a lake bed. One was 8′ tall, the other just under 10′ tall.
Inexplicable Wedge
On the bank of Mures River in Transylvania, near the city of Aiud, in 1974, an aluminum wedge was found among 20,000 year-old Mastdon bones, encased in one millimeter thick layer of oxides that shows it to be at least 300-400 years old. Aluminum is always found mixed with other metals but it was pure aluminum. 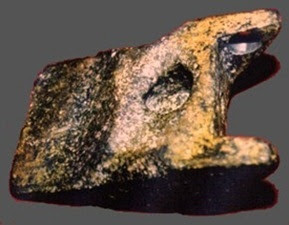 This 300 year old artifact is anomalous because aluminium was not discovered until 1808 and not produced in quantity until 1885. It’s still under research at an undisclosed location.

‘The Lolladoff plate’ is a 12,000 year old stone dish found in Nepal. It seems that Egypt is not the only place that has been visited by Aliens in ancient times.  It clearly shows a disk shaped UFO.   There is also a figure on the disc looking remarkably similar to a Grey alien. 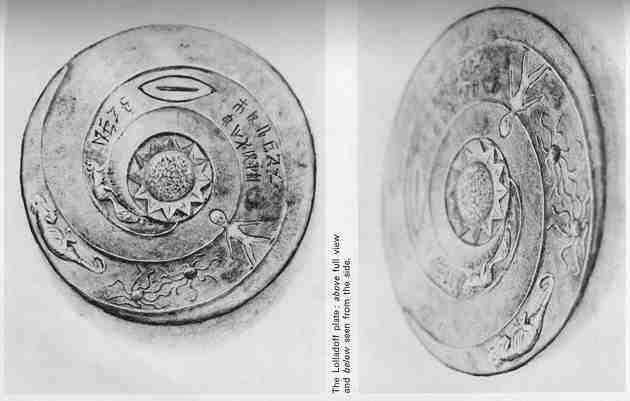 Visions of the Impossible: Embrace the Unexplained

By Jeffrey J. Kripal | The Chronicle Review  The greatest taboo among serious intellectuals of the century just behind us, in fact, proved to... 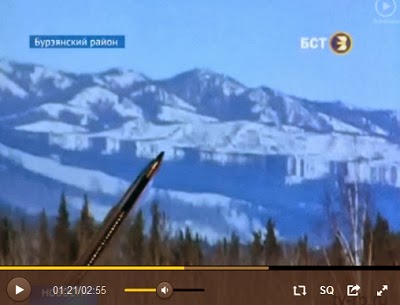 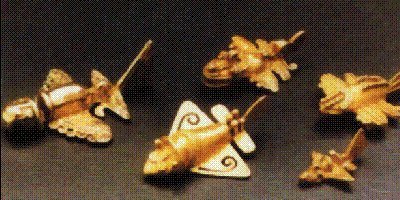 This article discusses 10 mysterious and strange discoveries made in archaeology over the past two centuries that science cannot explain (at least not yet)... 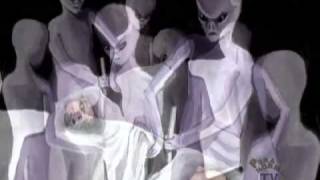 In Brazil during the 1950’s worldwide “UFO Flap” comes a report of one of the most bizarre accounts on record—the seduction of Antonio Villas Boas....