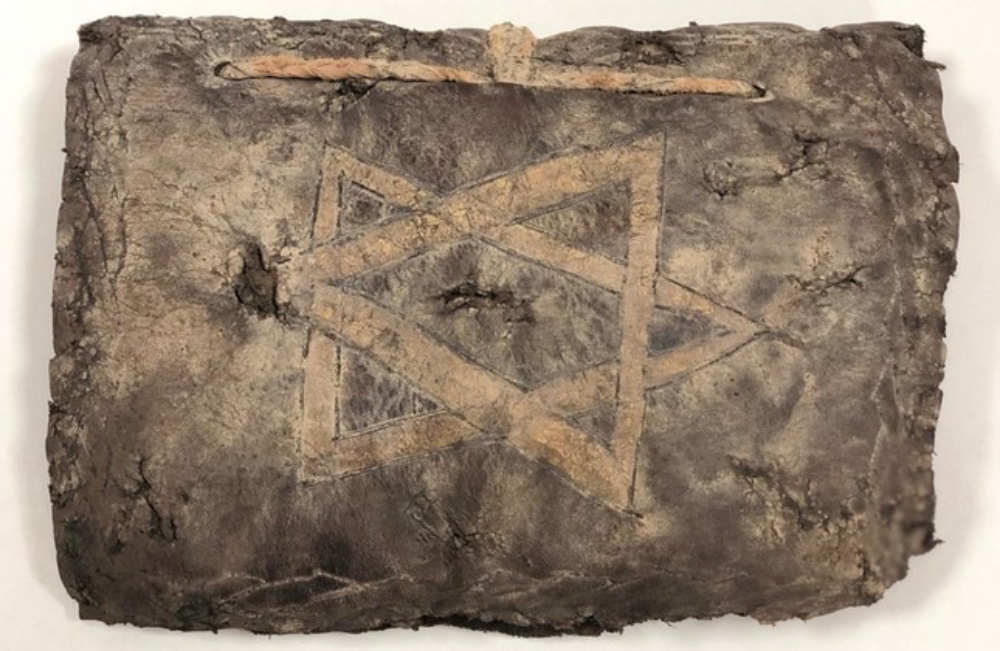 According to the Turkish authorities, local gendarmerie received intel that someone was looking to sell an ancient Bible manuscript written on leather with gold-encrusted motifs. Suspects were caught red-handed while trying to sell the 34-page manuscript. No further details of the ancient Bible were provided by now. 1,200-year Bible that was found in Turkey (Image Source)

Previously in 2000 another ancient manuscript said to be 1,500 years old has been seized from a gang of smugglers in a Mediterranean-area operation. Ancient version of the Bible in which Jesus is believed to predict the coming of the Prophet Muhammad to Earth has sparked serious interest from the Vatican. The £14million handwritten gold lettered tome was closely guarded until 2010, when it was finally handed over to the Ankara Ethnography Museum.Turkish authorities have stepped up attempts to stamp out the trade of stolen artefacts in recent years.The government has issued a list of items believed to have been stolen from Syria, warning antiquities traders and collectors against their sale or purchase.

The Codex Vaticanus has been kept at the Vatican Library since around the 15th century, and it is the oldest known Bible in existence. The verses are printed on sheets of vellum, and it is believed that it was translated by at least three scribes.

Most scholars believe that the Codex Vaticanus is the most accurate Bible in existence, as it was written only a couple of hundred years after the death of Jesus. It is also considered to be one of the best translations of a Greek Bible. Though this isn’t a complete translation of the Bible, it is remarkably intact and mostly complete. It’s missing most of Genesis, Hebrews, and Revelations.