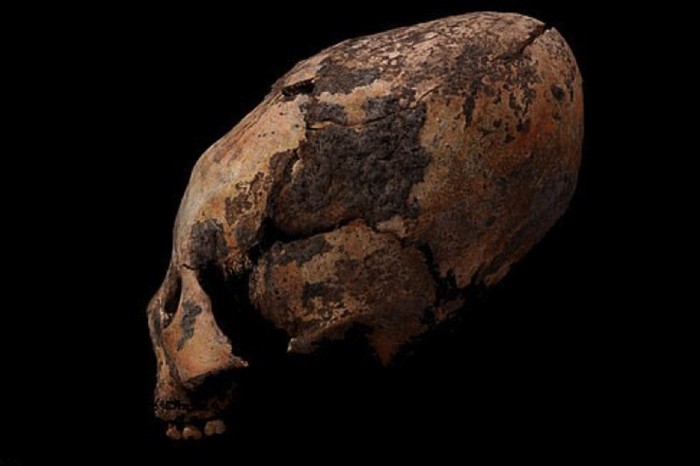 Archaeologists have unearthed 25 skeletons from graves in Jilin Province in northeastern China. The oldest were 12 thousand years old. Eleven male, female, and child skeletons – just under half of them – had elongated skulls.

Researchers from the Jilin University School of Archeology and Texas A&M University in Dallas, who carried out the excavations, were surprised at the abundance of “anomalies” and suggested that many were “eggheads” at that distant time.

Archaeologists reported their findings in the American Journal of Physical Anthropology.

It is no secret that our distant ancestors, using various devices in the form of sticks, rags and ropes, disfigured the skulls of themselves and their young children. For thousands of years, people all over the Earth have been fond of such an ‘upgrade’, so to speak.

Some – especially in Africa – still continue. What for? There is no definite answer to this question. Scientists are perplexed but they do not doubt: there must be some kind of weighty incentive, under the influence of which people subjected themselves to torture.

Archaeologists do not exclude that the deformed were trained to perform some important social roles. Maybe they were predicted to be priests of a certain cult and believed that elongated skulls would open some unusual abilities, allow them to communicate with higher powers. Or they will make them wiser.

At least, people probably thought that by pulling back their heads, they acquire something very useful, for example, a certain status in society.

The explanation of the ufologists is simple: the aliens were the eggheads. Local residents, wanting to be like them, deformed their skulls.

It was believed that the mania for head modification swept the earthlings about 9 thousand years ago. Findings in China push this date back at least 2 thousand years, providing a reason to assume that this mania originated in China.

And then for several thousand years, it spread throughout the world – all the way to South America, Egypt, the Volga region, the Urals and Crimea

Ufologists are only happy with this assumption. After all, it reinforces the version about aliens who once visited Earth and allows us to assume that they landed in Jilin province, China.

There are thousands of elongated skulls, perhaps some have what is called a natural origin. That is, they naturally represent the skulls of aliens but how do you identify and differentiate them?

We can not reach all the finds, but some give rise to suspicions.

In this article:alien skulls, Elongated Skulls

French archaeologists made a surprising discovery during an excavation in Alsace, France, when they uncovered a substantially elongated skull dating back 1,500 years.  The...