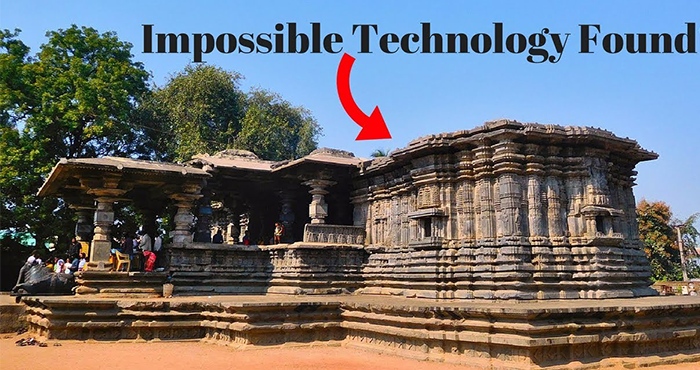 Today we are going to look at one of the strangest ancient sites in India – this is the Thousand Pillar Temple which is at least 750 years old. On first sight, it looks like a regular temple, but there is something fundamentally different about this temple, because there are no visible joints at all between the stone blocks in the walls of this temple.

This is a large temple, but look carefully as I go from the ground to the top, do you see any joints? This makes people wonder if this entire temple is made of one solid rock, like the Kailasa Temple, but archeologists confirm that it is in fact made of many many blocks of stone.

In 1300 A.D , an army of the Muslim King Allauddin Khalji tried to demolish this temple, and they took out many of the stone blocks from the ground and the ceiling, because it was easier to dismantle them, but they could not dismantle the blocks on the walls. If you look at the floor, these are newer stone slabs placed by the Archeology department, and you can see how these blocks are loosely connected.

If you compare the modern day stone masonry with the ancient technique, modern technology appears quite primitive, because you can clearly see the joints. The archeology department has been trying to restore the temple from the destruction and graffiti by Allauddin Khalji’s army.

What is fascinating is that there was no cement, mortar, or glue used to join these blocks. How did ancient builders achieve such an extraordinary level of jointing, many centuries ago? What kind of technology existed and how was such a temple built?

The underlying technology is this:
Ancient builders created a complex interlocking system with at least a dozen different cuts in each stone block. These complex cuts maximize the amount of surface area shared by the connecting blocks, and will create an extremely tight fit. 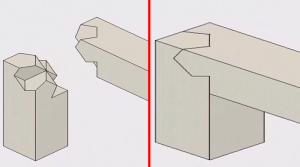 This is hard enough to do between 2 stone blocks, but imagine using several stone blocks on all sides and how many cuts would have been needed to connect 4 or 5 blocks together. I mean, this is just an extraordinary technology. This can be done on wood, but how did they manage to make these cuts on large stone blocks many centuries ago? Making these cuts is one thing, but the level of precision, to make these joints invisible can be achieved only with advanced machines. 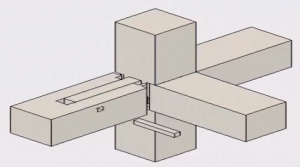 We can clearly see that building a massive temple with no visible joints is impossible with primitive tools. Did ancient builders use cutting, drilling and polishing tools, just like today? If so, do we have any evidence of these tools in the temple itself?

How about these carvings which resemble modern drilling and polishing tools? In most temples, we usually see carvings of Gods, but in this temple, we can see these tool like carvings, with a conical, striated top with a long shaft, which is remarkably similar to modern day tool bits.
Just compare these carvings with today’s tool bits side by side. You have to admit there is an uncanny similarity. Is this a coincidence, or did ancient builders use tool bits just like us, to make these precise interlocking system?

The pillars in the temple confirm that drilling machines were in fact used. There are very tiny holes drilled on these pillars. My friend is struggling to send a thread through the small holes, but these holes are too small even for a thread. The priest is happy to help us, he picks up something thinner than a thread and inserts it successfully through these holes.

If you think these carvings are not drill bits, how do you explain such tiny holes carved on the pillars? How do you explain the construction of an entire temple with no visible joints? Were they created with advanced machines, or with simple tools like chisels and hammers?

In this article:interlocking system, sophisticated temples