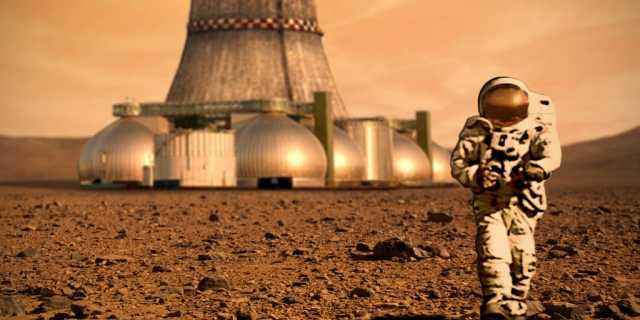 Dutch nonprofit Mars One has named 100 people who will remain in the running for a one-way trip to Mars, expected to leave Earth in 2024. Out of more than 200,000 people who applied, 24 will be trained for the mission and four will take the first trip, if all goes according to plan.

If this is the first you’re hearing of a one-way trip to Mars, check out our story on the organization and the people who signed up to die on Mars:

This round of eliminations was made after Norbert Kraft, Mars One’s chief medical officer, interviewed 660 candidates who said they were ready to leave everything behind to venture to Mars. The applications were open to anyone over age 18, because the organization believes its greatest need is not to find the smartest or most-skilled people, but rather the people most dedicated to the cause.

Even the astronauts on the International Space Station switch out every couple of months and go back home to family,” Kraft said in an interview with The Post in January. “In our case, the astronauts will live together in a group for the rest of their lives.”

Of the 50 men and 50 women selected for the next cut, 38 reside in the U.S. The next-most represented countries are Canada and Australia, both with seven. Two of the candidates were 18 when they applied in 2013; the oldest,Reginald George Foulds of Toronto, was 60.

By education, the group breaks down as: 19 with no degree, two with associates, 27 bachelors, 30 masters, one law degree, four medical degrees and seven PhDs. Thirteen of the candidates are currently in school, 81 are employed and six are not working.

Of the 16 candidates who live in D.C., Maryland and Virginia, 10 were eliminated, including a married couple. Those who remain are:

Here’s how Mars One describes what comes next for these candidates:

“The following selection rounds will focus on composing teams that can endure all the hardships of a permanent settlement on Mars. The candidates will receive their first shot at training in the copy of the Mars Outpost on Earth and will demonstrate their suitability to perform well in a team.”

To fund the estimated $6 billion trip (for just the first four people), Mars One will be televising the remainder of the competition to narrow the group down to 24. Those 24 people will be divided into six teams of four that will compete to determine which group is most prepared to leave for Mars in 2024.

[How Mars One says this plan is going to work.]

Mars One released a trailer for that broadcast, but no air date is set.