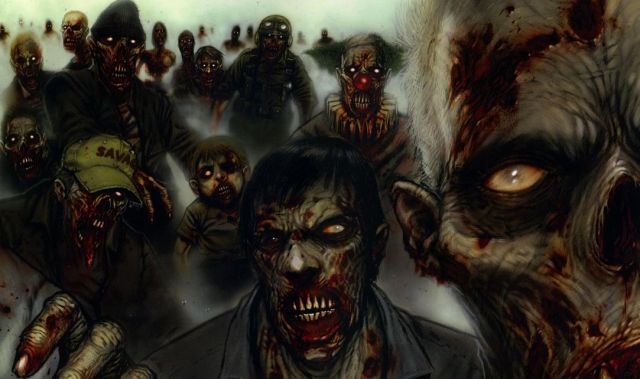 Witches, werewolves, and vampires appear repeatedly in numerous works of  fiction, with a number of historical inspirations for these fictional works.  Similarly, zombies also keep showing up in popular culture, from Resident  Evil to The Walking Dead. Yet, zombies have outside inspirations  as well. This list features ten such instances, where historical people were  alleged to have actually been zombies, or something depicted in some form of  media turns out to have basically been a proto-zombie. 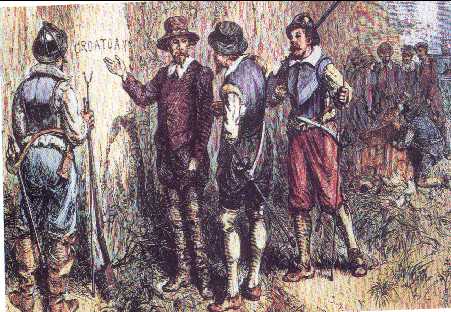 The Roanoke Colony on Roanoke Island in Dare County, North Carolina is no  stranger to mystery and conspiracy theories. Historically, the colony represents  a risky attempt by Queen Elizabeth I to establish a permanent English settlement  in North America. Sir Walter Raleigh gained his deceased half-brother’s charter  from Queen Elizabeth I, and subsequently dispatched an expedition to explore the  Eastern coast of North America. This expedition arrived on Roanoke Island  on July 4, 1584 and was followed by additional voyages to Roanoke Colony.

Unfortunately, the final group of colonists disappeared mysteriously during  the Anglo-Spanish War, three years after the last shipment of supplies arrived  from England in 1787. When Englishmen landed on August 18, 1590, they found the  settlement deserted with no trace of the 90 men, 17 women, and 11 children who  previously inhabited the colony. Nor did the sailors discover any sign of a  struggle or battle. They did, however, notice the word “Croatoan” carved into a  post of the fort, and “Cro” carved into a nearby tree.

This lead them to conclude that the disappeared settlers must have moved to  Croatoan Island. Threatening weather prevented a search of that island. As such,  with the mystery not solved, the colonists’ disappearance gave rise to the  nickname “The Lost Colony,” and a diverse list of hypotheses regarding what  happened to them. These include integration with local tribes, loss at sea,  starvation, destruction by the Spanish, and yes, zombies. Well, sort of, at  least according to Max Brooks’s fictitious Zombie Survival Guide. The  book is presented in a manner intended to aid survivors of a zombie apocalypse  that includes references to supposed real life incidents of zombies in history,  including, of course, Roanoke Colony. But it does not stop there; the Zombie  Research Society includes an article on the topic, and even that is not  the end of zombies in Roanoke as seen here.

9. Alexander Kinyua and the 2012 Zombie Apocalypse 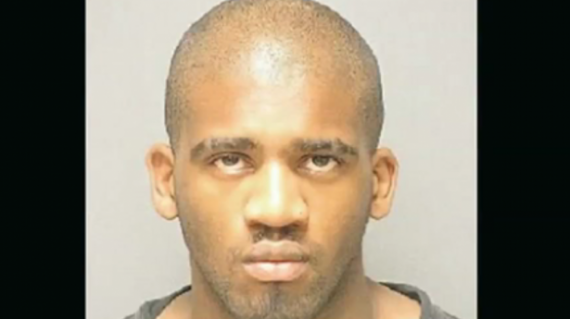 In May 2012, Alexander Kinyua, a 21-year-old student at Morgan State  University in Baltimore, was arrested for not only murdering his 37-year-old  roommate Kujoe Bonsafo Agyei-Kodie, but for also dismembering him and eating his  brains and heart. The case became part of an alleged wave of  “zombie apocalypse” attacks in 2012, that included several other bizarre (and  rather sickening) incidents. These included Wayne Carter, a 43-year-old from  Hackensack, New Jersey disemboweling himself and throwing his skin and  intestines at police, and an occurrence in Palmetto, Florida, where 26-year-old  Charles Baker got naked and bit off some of 48-year-old Jeffery Blake’s arm,  before police arrived to rescue him. Not surprisingly, the media (some more  seriously than others) covered these events as if they were part of some  connected zombie phenomenon. 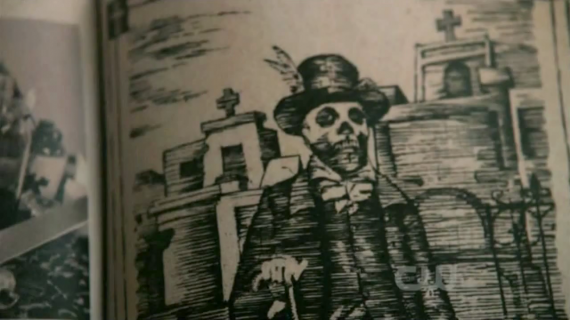 One of the original historical zombies is none other than Baron Samedi (Baron Saturday). Baron Samedi  is one of the Loa (spirits) of Haitian Voodoo, specifically a Loa of the dead  and the Loa of resurrection, hence the zombie connection. One of his “jobs” is  to ensure all corpses rot in the ground, to stop souls from being brought back  as brainless zombies. Nevertheless, he is himself depicted as the titular zombie  in the famed second entry of the Nightmare interactive board game  series. He also appears as a playable character in the other games of the  series.

In Voodoo lore, he also has a wife named Maman Brigitte, who has been  syncretized with the Irish Saint Brigid. The African slaves in Haiti syncretized  the Loa with Roman Catholic saints, so as to appease their European masters who  otherwise prevented them from practicing their own religions.

Whereas Baron Samedi is more of a mythical figure, Haiti also has been home  to alleged zombies with a more historical basis. The strange case of Clairvius Narcisse concerns a Haitian man  allegedly turned into a living zombie by a combination of tetrodotoxin  (pufferfish venom) and bufotoxin (toad venom) by his brother, as punishment for  breaking one of the traditional behavioral codes. Most likely, these drugs  induced a coma, mimicking the appearance of death. He was later given doses of  Datura stramonium to create a compliant zombie-like state, so that he could work  for two years on a plantation. After the plantation owner died, Narcisse walked  away to freedom, returning to his village after eighteen years.

The case of Narcisse is historically significant, as the first potentially  verifiable example of an individual being transformed into a “zombie.” It is  also a major aspect of the book The Serpent and the Rainbow, written by ethnobotanist and researcher  Wade Davis. The book inspired a 1988 horror film of the same name.

In 1997, English medical journal The Lancet published a set of case studies detailing three reports of  zombification in the island nation. One was around thirty years old when she  died. Three years later, she was seen waling around, identified via a unique  facial scar. Then there was a 26-year-old male whose grave was not watched over  the first night, as is Haitian tradition. Nineteen months later, he showed up at  a cock fight, alive and angry at his uncle for turning him into a zombie by not  watching the grave. Finally, a 31-year-old girl died after attending a vigil for  someone else who had become zombified, only to reappear 13 years later as a Mommy zombie, having given birth to a child whose father was  also a zombie.

5. Rumored Zombies in Cambodia and Russia 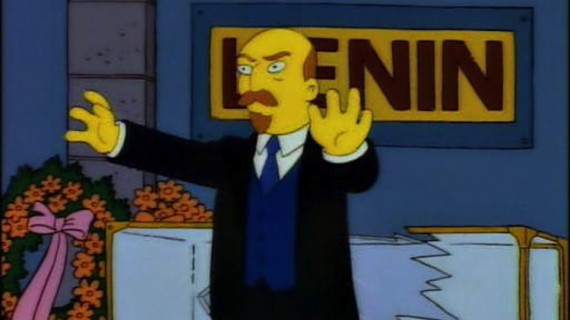 In 2010 and again in 2012, various reports and even videos (probably of  drugged or mentally ill people, or actors) purporting to show Russian zombies popped up on the Internet.  While some of these websites are clearly hoaxes,  others seem more valid, including news concerning a drug known as krokodil that  rots the flesh off its abusers in such a way that they resemble “zombies.”

Even earlier, in 2005, reports claiming to have originated with BBC alleged  that some kind of zombie outbreak occurred in Cambodia, in which people’s hearts restarted  after apparent death, and they then acted violently upon “resurrection.” In both  scenarios, forum posters and bloggers denounced the mainstream media for not  adequately covering this bit of unverified news. 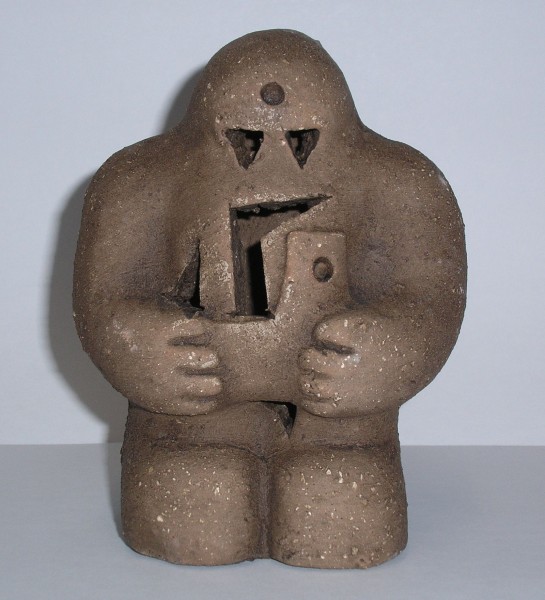 In Jewish folklore, a golem is an animated anthropomorphic being,  created entirely from inanimate matter. As such, they are not traditionally  zombies in the usual sense, yet they have many similar characteristics.  Moreover, although they are technically an example of a folkloric being, they  have also been alleged to really exist in a few memorable historic  instances.

Three notable examples are worthy of mentioning. First, the oldest  description of a golem by a historical figure is included in a tradition  connected to Rabbi Eliyahu of Chelm. A Polish Kabbalist, writing in about  1630–1650, reported the creation of a golem by Rabbi Eliyahu, and Rabbi Jacob  Emden elaborated on the story in a book published in 1748. Second, the most  famous golem narrative involves Judah Loew ben Bezalel, a sixteenth century  rabbi of Prague, who reportedly created a golem to defend the Prague ghetto from  antisemitic attacks and pogroms. Allegedly, some strictly orthodox Jews actually  do believe that this particular rabbi did in fact create a golem. At least one  rabbi writing in the twentieth century even claimed to have seen the Prague  golem’s remains!

Finally, the Vilna Gaon said that he once began to create a person when he  was a child but, during the process, he received a sign from Heaven ordering him  to stop. Yet, he claimed to have tried again anyway as an adult. He wrote an  extensive commentary, claiming also tried to create a golem to fight the power  of evil at the Gates of Jerusalem. 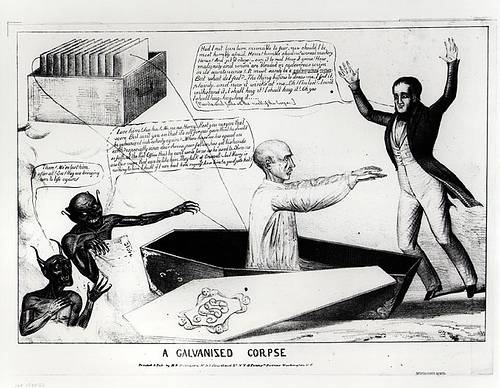 George Forster was a convicted murderer of  his wife and child. He allegedly drowned them in Paddington Canal, London. He  was then hanged for his crimes at Newgate on January 18, 1803, but his story  does not end there. His body was subsequently taken to a nearby house, where it  was used in an experiment by Italian scientist Giovanni Aldini, who was an  enthusiastic proponent of stimulating muscles with an electric current, a  technique known as Galvanism. Several of those present at the experiment in 1803  seriously believed that Forster was indeed being brought back to life, due to  the strange contortions made as Aldini jolted the corpse with electricity. As  such, the incident serves as a possible likely inspiration for Mary Shelley’s  Frankenstein, and has been referenced in such History  Channel documentaries as Zombies: A Living History. 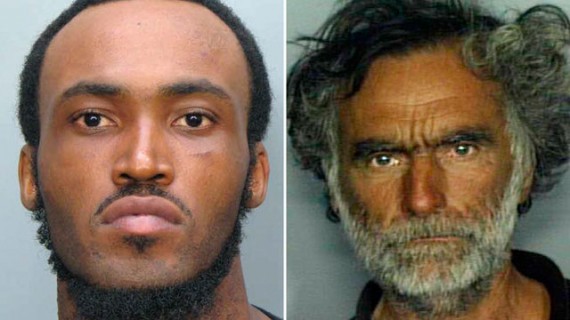 On May 26 2012, a nude Rudy Eugene assaulted Ronald Poppo in Miami, Florida.  After accusing Poppo of Bible theft, Eugene beat Poppo unconscious, removed his  pants, and proceeded to bite off most of his face above the beard, including his  left eye, leaving him blind in both eyes. The shocking attack, which received  worldwide media coverage that frequently tossed around the Z-word, ended when  Eugene was fatally shot by a Miami police officer. Eugene has since been  nicknamed the “Miami Zombie.” 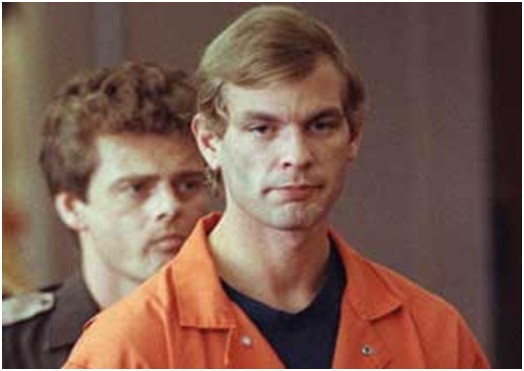 Finally, we come to one of the most bizarre episodes in American history. Jeffrey  Dahmer, an American serial killer and sex offender, murdered at least  seventeen men and boys between 1978 and 1991. His abuse of these victims not  only included cannibalism, but also his theory that he could turn his  victims into submissive “zombie” lovers, by drilling holes into their skulls and  injecting hydrochloric acid or boiling water into the frontal lobe area of their  brains with a large syringe. Needless to say, he failed in this project.  Fortunately, he was caught, tried, convicted, and subsequently murdered in  prison.

By Dr. Matthew D. Zarzeczny, author of Meteors That Enlighten The Earth 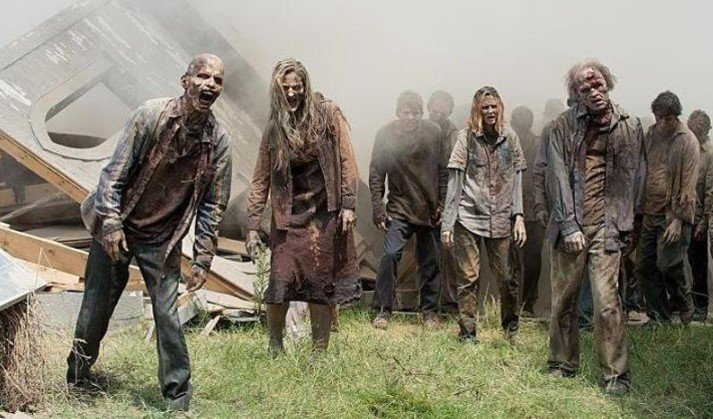