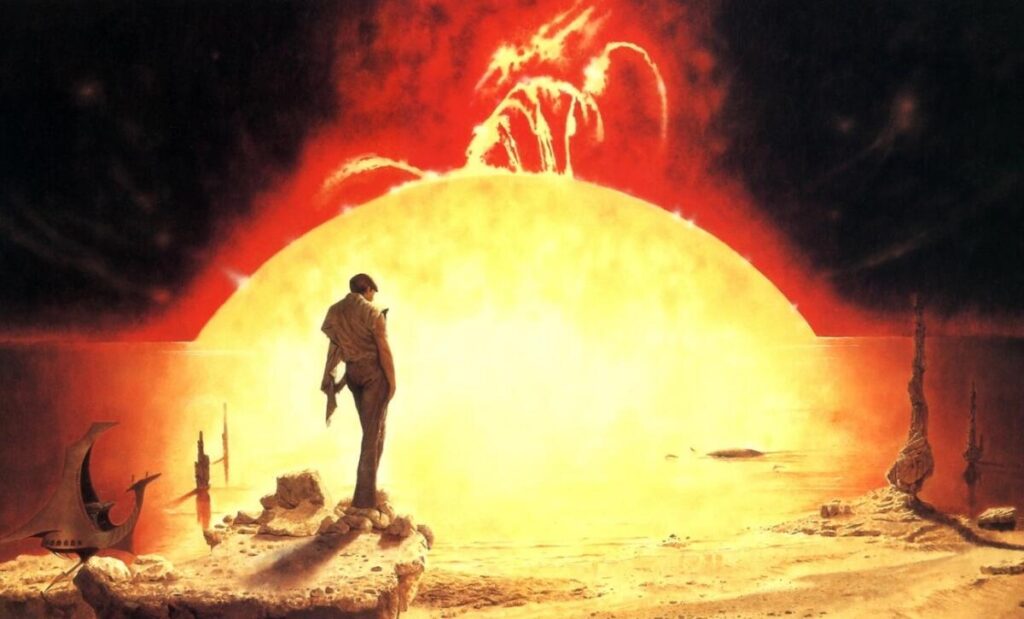 Photo: Les Edwards, Time Machine to the End of the World

Human civilization has been kind of “lucky” since the advent of nuclear weapons but the doomsday clock can be stopped before the fight starts.

“And then, when the clock strikes The hour of inaction and of estrangement From daily deeds, Then we are visited by a sundering And do not yearn for a thing.”Guillaume Apollinaire

At the end of January, the Doomsday Clock (symbolically showing the time before the nuclear apocalypse) for the first time in history was set only 100 seconds before midnight – 23:58:20.

And a month later, events rushed so rapidly that the world did not even have time to be horrified by the proximity of death. And now, in the middle of March, one can only dream of the January’s 100 seconds. The minute hand of the Doomsday Clock jumped sharply and now, as we believe, it is already somewhere in the region of half a minute to midnight. This means that 11 Nobel laureates on the board of directors who decide on the next switchover may not have time to get together in the remaining few seconds.

The fact is that the Doomsday Clock is most likely arranged like the Kremlin chimes. The latter mark the beginning of the new year (as well as the third world war initiation in our case) not at all with the 12th stroke (as many believe), but with the beginning of the chime. And after the chime’s 20 seconds are over, the bell begins to beat with inevitability, whose beats sound already in the first minute of the new year.

So is the Doomsday Clock, ready to just about start chiming? (we are only 10 seconds away from this). When the bell starts ringing after the chime, it will ring for the end of humanity: for its science and culture, for art and technology, for dreams of powerful AI and teleportation in the Metaverse.

However, the latter, even before it took place, nevertheless provided us with the opportunity to experience a virtual immersive experience when submerged in the world of a nuclear apocalypse: to see and feel the warm blood on our hands and the total brutality of people falling from general hatred into nuclear madness.

In the film, humanity is relatively lucky in that the nuclear apocalypse happened after the exploration of medium-far space. And when the Earth is completely destroyed and poisoned, the remnants of people leave the planet to find a new home in space. After hundreds of years of space wanderings, humans were able to upgrade their DNA and artificially evolve into a new form of life. By jumping through the cosmic singularity, the new humans have found a planet to settle on. But suddenly people realize that this is not a new world, but the same Earth, only at a different time. People understand that time is an illusion. Our past, present and future are merged into one…

The 6DOF (6 degrees of freedom) film format allows you to experience all this in the virtual world – this is the number of directions in which an object can move / rotate in three-dimensional space.

3DOF VR headsets can track your head orientation, knowing where you’re looking. It turns out, as in the figure: three axes of rotation: head shake, turn / tilt left and right and tilt forward / backward.

Headsets with six degrees of freedom (6DOF), track additionally orientation and position, getting information about where you are looking, as well as where you are in space.

So the impression of the virtual end of the world when watching a movie with a headset is awesome: frost runs over the skin, cooling the warm blood on your hands. Well, without a headset, there are considerable chances to quickly feel the end of the world in real life.

For the chime of the Doomsday Clock is triggered by the use of tactical nuclear weapons. And only within 20 seconds of this “chime”, the clock can still be stopped but not a second later.

When starting to ring, the bell of the 3rd World War will unstoppably strike the end of civilization on Earth, proving that nuclear deterrence is just a myth of rational thinking.

In this article:Doomsday Clock, nuclear war