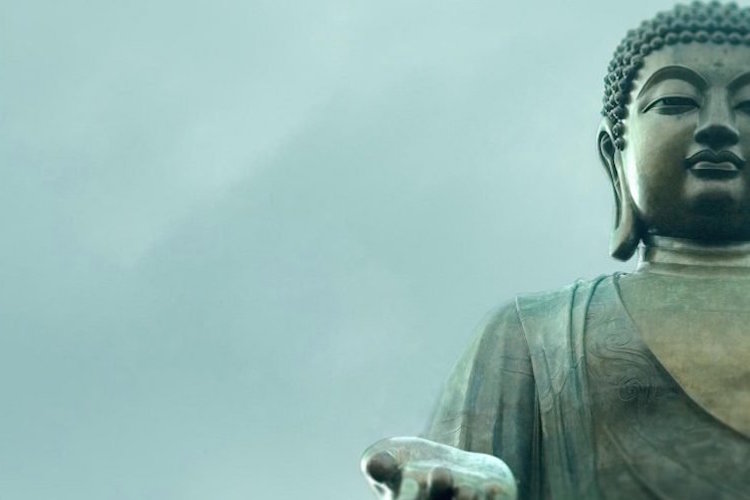 Hermann Hesse’s timeless book, Siddhartha, should be required reading for any spiritual seeker. The book is about Siddhartha’s journey as a respected son of a Brahmin. Everyone expects that he will follow in his father’s footsteps. He enjoys an idyllic life and follows the tenets of his religion expecting that they will bring him peace and happiness. He feels the pangs of discontent though, and observes that his father and elders have not yet reached enlightenment, even though they too have followed the instructions of their religion. When starving and naked ascetics cross Siddhartha’s path one day, his journey truly begins. On this endeavor, he comes to a river that teaches him many life lessons.

If you haven’t had a chance to be profoundly awakened by this book yet, here are ten quotes from it that will move you to question your own environment, religion, culture, and relationships, to possibly find something more.

“Wisdom cannot be imparted. Wisdom that a wise man attempts to impart always sounds like foolishness to someone else … Knowledge can be communicated, but not wisdom. One can find it, live it, do wonders through it, but one cannot communicate and teach it.”

We so often misunderstand the difference between wisdom and knowledge in this world. Wisdom is timeless. It can only be arrived at with discernment and the development of our consciousness to a level that understands paradox and true freedom.

Knowledge simply binds us to erroneous, concrete beliefs, making it nearly impossible to understand the truth of the Universe. Wisdom, however, discloses Truth in ways that cannot even be explained with a thousand books, a million teachings from religious figures, or a hundred million facts memorized and assimilated. Wisdom is so pure, that even language corrupts it.

“When someone seeks, then it easily happens that his eyes see only the thing that he seeks, and he is able to find nothing, to take in nothing because he always thinks only about the thing he is seeking, because he has one goal, because he is obsessed with his goal. Seeking means: having a goal. But finding means: being free, being open, having no goal.”

There are numerous literary and mythical examples of the seeker. Joseph Campbell describes the seeker in the quintessential quest for the Holy Grail – a representation of some outer prize that can be obtained with enough valor or sacrifice, but what we truly seek can be found only within our own hearts. When we seek an outside goal, this is an indication that our own hearts long to be understood. Striving for something outside ourselves causes us to forever remain a seeker.

“I have always believed, and I still believe, that whatever good or bad fortune may come our way we can always give it meaning and transform it into something of value.”

All people, places and circumstances in life are fodder for spiritual advancement. Tears are a spiritual release. Hearing a song on the radio that reminds us of someone is a clue from the Universe to send that person love and compassion. Seeing someone else go through something horrible and thinking, “that could have been me,” is a reminder to be thankful.

Getting stuck at a red light is a reminder to breathe deeper. An argument is a gentle tug from the Universe to look inside yourself. Everything that we experience can help us grow. It isn’t just the positive, airy fairy things that help us grow.

When we do a life review, the times we acted with courage and faced our pain, fear, and sadness will be the moments when we smile the biggest.

“We are not going in circles, we are going upwards. The path is a spiral; we have already climbed many steps.”

This point is described in great detail by Don Beck and Christopher Cowan in their discussion of spiral dynamics. The way they visualize change is in a spiral. Though we may circle around to the same challenges, each time we do, we are higher up on the spiral, hopefully with a higher level of consciousness with which to approach the problem.

Beck explained that if we try to impose our ‘solutions’ too far ahead of the curve the result can be rebellion rather than transformation. Because of this, the authors use the term “more complex” instead of “better” or “higher” to describe humanity’s stages of evolutionary development. Even if we haven’t quit reached the apex of what we can visualize, we have already taken many steps to make a better world a reality.

“So she thoroughly taught him that one cannot take pleasure without giving pleasure, and that every gesture, every caress, every touch, every glance, every last bit of the body has its secret, which brings happiness to the person who knows how to wake it. She taught him that after a celebration of love the lovers should not part without admiring each other, without being conquered or having conquered, so that neither is bleak or glutted or has the bad feeling of being used or misused.”

Sex is so often a mindless exchange between people these days. It is not an act to be engaged in so recklessly, though. When we share each other’s bodies, subtle energies are exchanged between us. The cultivation of these energies can even be used to achieve higher states of consciousness. When we act as though our bodies are just sacks of flesh, instead of the physical manifestation of energy, then we are missing the point of sensuality.

“It may be important to great thinkers to examine the world, to explain and despise it. But I think it is only important to love the world, not to despise it, not for us to hate each other, but to be able to regard the world and ourselves and all beings with love, admiration and respect.”

One of my own spiritual teachers once said to me, you only have to learn to love. That is your only lesson while you are here. Even when we think we are loving, there are usually ways that we are not acting, thinking, and feeling from a loving place. This includes how we think and treat ourselves, not just other people.

“My real self wanders elsewhere, far away, wanders on and on invisibly and has nothing to do with my life.”

Whatever you define yourself as in this life – a father, a mother, a daughter, a son, a husband, a friend, a lover, a worker, etc. – these are only labels. They don’t not encase your infinite soul. You have been all these things and more in many lifetimes, and in many more places than where you are now.

“Opinions mean nothing; they may be beautiful or ugly, clever or foolish, anyone can embrace or reject them.”

You know that other saying about opinions and asses. Enough said.

“One can beg, buy, be presented with and find love in the streets, but it can never be stolen.”

With everything that has been taken from us by an evil, destructive, psychotic, corrupt cabal, isn’t wonderful to know that love cannot be traded like a stock or destroyed like gold, faked like paper money, or made to be more, or less valuable at the whims of a few elite. Love is eternal, indestructible, and pure. It is our greatest treasure.

“I shall no longer be instructed by the Yoga Veda or the Aharva Veda, or the ascetics, or any other doctrine whatsoever. I shall learn from myself, be a pupil of myself; I shall get to know myself, the mystery of Siddhartha.” He looked around as if he were seeing the world for the first time.”

Every single major religion on this planet has been corrupted. This doesn’t mean that religion has nothing left to teach us. It also doesn’t mean you need to believe in God or be an atheist to arrive at true wisdom, but as long as you are looking to an institution or a person to bring you enlightenment, you’ll miss it.

In this article:spiritual teachers, true wisdom