As this year comes to a close it is once again time to reflect, learn from events, and plan for a new year with some predictions.

Without question, 2013 was not the best year for freedom, economic prosperity or peace. The police state has gotten more militarized, intrusive and violent. More laws against protesting and press freedoms infested the Western world. More money was funnelled from the poor to the rich. And more war was waged with a careless joystick trigger finger.

It is often difficult to see the bright side amid such a maelstrom of injustice, until one realizes that the greater the oppression grows, the closer we are to reversing the trend. 2013 also gave us many reasons to be optimistic about the future for peace, love, and liberty.

In 2013, we witnessed a global uprising to halt unprovoked military action in Syria. The powers-that-be demanded war and the people said no.  For those keeping track, it’s the first time in history that that’s ever happened on a global scale.

Also in 2013, we saw the rise of a global peer-to-peer barter economy and Bitcoin, which level the economic playing field much like the Internet did for information dissemination. The media this year was clearly dominated by the independent media with the help of whistleblowers like Edward Snowden. In dictatorial fashion the US government blocked millions of computers from viewing NSA abuse articles and it was still by far the biggest story of the year. There’s tremendous momentum for the alternative media going into 2014.

Finally, the militarized police state is being opposed just as fast as it is being built. Its unjustified presence is accelerating the support for ending the war on drugs and calling into question the role of police in society, as well as the need for further runaway prison expansion.

We have nearly reached the zenith of the ability for the few to control the many. This is evidenced by their great desperation manifesting in overtly insane and despotic behavior. 2014 will be pivotal. But this is mostly cause for optimism.

That said, there is no question who still currently holds the keys to unleashing truly devastating weapons, both virtual and real. 2014 certainly could see the realization of something horrible as the cornered beast lashes out. Their options to maintain control are becoming scarce, however. Short of a total Internet take down, full-scale banking collapse, or the use of a large-scale and devastating false flag event (EMP, nuclear, “alien”), the elite controllers will almost surely continue to lose their grip on humanity.

The victories we have experienced in previous years by pressuring the ruling elite out into the open for all to see is irreversible. Nearly all establishment institutions are now held in wide disregard and condemnation for their corruption, dishonesty, manipulation, ineptitude, and subversion of universal human rights.

2014 very well could mark the critical battle between the dinosaur system of the feudal elite milking the “commoners”, and the evolution of a new open-source, peer-to-peer model of prosperity that trusts the power of individual creativity, reputation, and planet-wide cooperation toward solutions that begin from the bottom up.

The pyramid of power has been wobbled by pressure from the bottom in 2013. We believe that 2014 is the year when that structure begins to fall. Here are 10 predictions for 2014:

1. Obamacare Nightmare. The implementation and enforcement of Obamacare will be a catastrophic failure in 2014. It will lead to a political awakening on the Left who in large numbers will lose faith in the ruling class to solve this and other problems. Some will attempt to offer a solution of a single-payer option like Medicare for all, which will seem to temporarily calm the storm.  That is until everyone realizes they’ll be required by law to accept “mandated” treatments and untreatments (death panels). We must, as individuals, become healthier in order to weather the coming healthcare storm.

2. Growth of Independent Media. 2013 saw record traffic to independent media outlets. Also, big names like Ben Swann and Amber Lyon became independents. David Icke’s non-profit, uncensored media project The People’s Voice raised over $400K in crowdfunding and launched in 2013. Glenn Greenwald and Jeremy Scahill announced plans for a new media platform in 2014. Are these biased, activist reporters? Yes, and thank goodness. The very fact that there is a growing market for peace and liberty information is a bellwether for where we’re heading as a society.

3. Wide Adoption of Cryptocurrencies. The wild volatility of Bitcoin and its competing cryptocurrencies has overshadowed the ideological and technological revolution that has been unleashed. While many have focused merely on the monetary value of Bitcoin, we predict that a new wave of understanding will mark the wide adoption and perhaps the stabilization of the cryptocurrency economy. Central banks have been exposed all across the planet for the thieves they are. People are realizing who the true enemy really is, and they are beginning to feel empowered by the ability to disrupt that predatory system.  All they needed was a choice to opt out, and now they have it.

4. The Awakened Take Action. It seems like the whole world is in a state of civil unrest. It is precisely what arch-globalist Zbigniew Brzezinski warned his cohorts of. People are tired of talking and they have lost too much. Violated, hungry people have nothing to lose by directly confronting their oppressors. This does not have to mean physical violence, but it does mean physical demonstrations of power and a refusal to remain quiet. We also believe that people will become clearer about making specific demands, rather than merely being satisfied to show their outrage.

5. More Whistleblowers Come Forward. 2013 may very well go down as the year of the whistleblower; Edward Snowden being the most prominent among them. As more people view Snowden as a hero for giving a face and voice to the human right to privacy, we expect more whistleblowers to put their lives on the line to expose hidden truths. Consequently, we will shift closer to more transparency for the top and more privacy for citizens; the way a free society is supposed to function.

6. Expansion of Open-Source Technology. 2013 was an incredible year in the area of 3D printing. We saw the rise and subsequent stifling of 3D printed weapons, but the technology is still out there and is increasingly open and falling in cost. Inventors are launching open-source vehicles, alternative energy generators, and so much more. 2014 will be a truly breakout year for 3D printing especially, as well as open-source technologies for everything from farming to governance.

7. Manufactured Tension With China. We have heard the rhetoric of wars, economic and military, with China beginning to escalate toward the end of 2013. We happen to believe that an outright war with China is very unlikely. China is part of the very same centralized control system as the West.  In other words, Coca Cola who just invested $4 billion in China doesn’t want to lose that market and vice versa, so there will be no war. Therefore any aggression with China should be viewed as complete theater to maintain control of domestic populations on both sides. Rather, we will probably continue to see a series of calculated economic moves on both sides that tip the balance of “super” power away from America and toward China. Nothing new here.

8. Economic Crisis. Some form of great economic crisis is probable in 2014.  Perhaps it will be many small dominoes that lead to something bigger, but it will no doubt manifest as centralized theft and more controls. The kickoff could be the Fed’s tapering of quantitative easing which could crush the momentum in stock markets around the world. Or it could be the next battle to raise the US debt ceiling in February. As mentioned above, it could be an extension of moves already made by China. Whatever the trigger, expect and plan accordingly for more bank bailouts and bailins, higher food and energy prices, less jobs and more capital controls, all while fiat currencies continue their steady or abrupt decline.

9. Attempted Crackdown on Internet Freedom.  Warnings of imminent cyber attack and other infrastructure weakness herald an attempt at a full-scale military takeover of the Internet. However, such an extreme measure is probably unlikely in the short term. More likely, what will come first is an extension of the attempt to criminalize whistleblowers, as well as imposing Dianne Feinstein’s suggestion that there be government-approved journalists. Coupled with the severe penalties for copyright infringement and other methods of backdoor censorship contained in the Trans-Pacific Partnership, and 2014 could see a new level of information warfare.

10. False Flag Watch. As alluded to above, warnings of imminent cyber attacks or a so-called Pearl Harbor for the Internet have been broadcast by US security officials for some time.  In our opinion, an attack on the Internet is the most probable false flag event for 2014.  If it happens, it won’t be long before world leaders demand ending online anonymity. Also, small, FBI-orchestrated bombers and shooters may make an appearance as well, but it worked so poorly for them in 2013 to move policy that we think there’ll be less of those types of false flags in 2014.  Finally, the biggest false flag could be whatever economic crisis manifests in 2014 (see #8). At minimum, expect desperate manipulation by Wall Street and Central Banks. As fragile and interconnected as things are, one spark can set off the powder keg.

Many of these predictions might seem like wishful thinking, but to admit that we are powerless to affect change is only to embrace our own destruction. We have enough evidence of that already. And to ignore our victories, no matter how small, is to consign ourselves to fear, defeatism and worthlessness.

We would do well to identify positive developments and trends, shifting our focus to the areas we can improve upon, while having the courage to ignore the increasingly irrelevant concept of power coming only from the top. The elite mindset and the top-down philosophy will never disappear entirely, but it is up to us to build something better and render that outdated form of control powerless.

We would like to wish everyone a very happy, healthy and prosperous New Year. Thank you for your support and dedication in 2013. Please feel free to leave your own predictions and solutions for 2014 in the Comments.

Advertisement. Scroll to continue reading.
In this article:2014,Economy,elite,Power,predictions,Western world 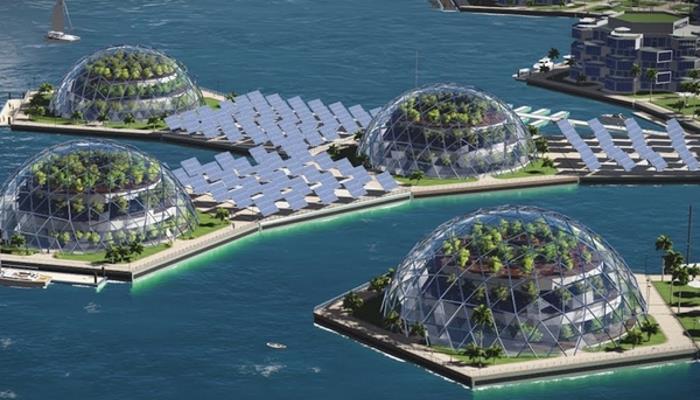 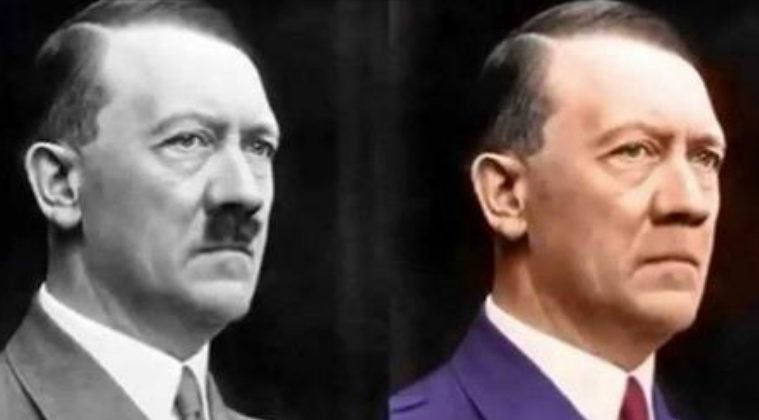 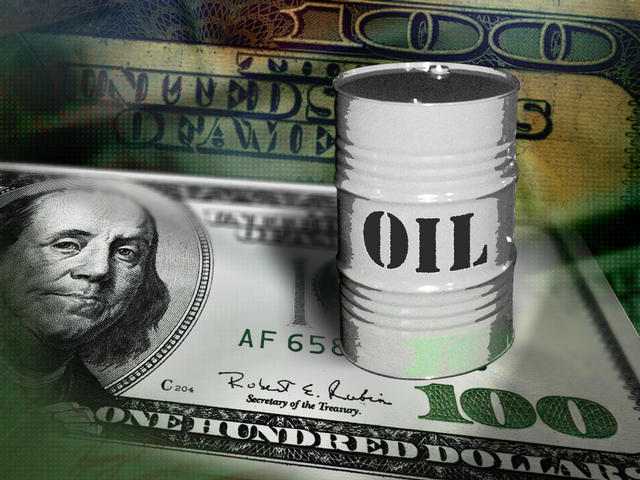