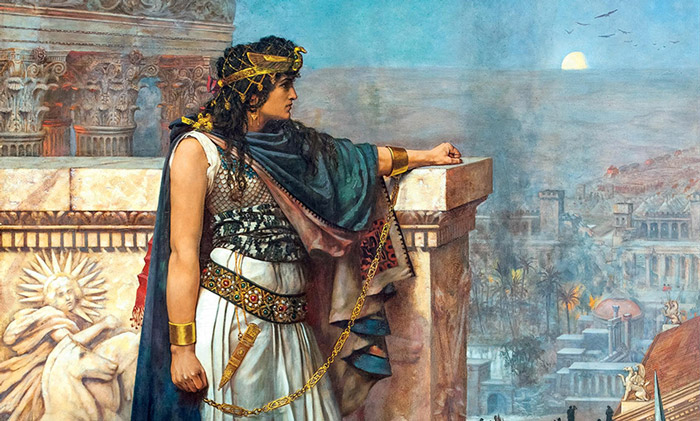 Women influenced the course of world history no less than men did. They intrigued, seized power, and changed the map of the world.

In this article, there are the most famous women who influenced the world through their activities. But before reading about ancient women, you can get some info that will break any Ukrainian woman stereotype.

Cleopatra seduced the famous dictator Julius Caesar and gained the throne of the Egyptian queen. Also, she seduced Mark Antony and helped her son become the heir to the throne, and most importantly, contributed to the development of the history of Egypt.

Her influence leaves no doubt. Livia was originally the wife of Tiberius Claudius Nero, a Roman diplomat. From him, she bore two sons. Over time, Libya brought one of her sons to power. According to rumors, clearing the way for her children, Livia contributed to the death of all relatives of her second husband, Octavian.

As you know, ladies-scientists were something unusual for a long time because women were not allowed to study. However, it all began in ancient Greece. Few people today know the name of Hypatia, a woman-mathematician. It is interesting that we still use her inventions in everyday life.

This woman became famous for her romantic relationship with Pope Alexander VI Borgia. The result of their love was four children, and Vanozza became one of the most influential women of her time. By the way, Pope officially recognized his children.

She was the second wife of King Palmyra Odenat II. However, soon Odenat dies at the hands of an assassin (there is a version that his loved wife killed him). Anyway, Zenobia became the ruler of Palmyra with her son. The famous philosopher Longinus educated him. Her troops quickly conquered Egypt, Syria and the eastern part of Asia Minor.

When Mania’s husband Zenid died, the aggressor was awake inside her. She hired Greeks and seized several cities in the district, personally taking part in battles, giving orders, and sharing loot – in general, everything that the commander-strategist did in antiquity. Nobody managed to defeat her, but one man seduced her daughter, got into trust, and then killed Mania.

Lucretia was a wife of the commander Tarquinius Collatin, lived in the 6th century BC. She was beautiful and generous. Once, the son of the Roman king Tarquinius Proud seduced Lucretia, threatening to kill her. She didn’t hide anything from her husband, but the burden of shame was great, so she committed suicide. This case was a turning point in the history of Rome.

Helena Augusta spread Christianity throughout the Roman Empire which became important in history. Under her leadership, the Life-Giving Cross and other important relics were found in Jerusalem. Thanks to this woman, a large number of Christian churches were built, some of which survived to the present day.

This Greek woman was the first gynecologist in the history of medicine. Agnodice, being dressed as a man, secretly attended medical classes. In the end, the fraud was revealed, and Agnodice received the right to practice medicine officially, thanks to which she opened this path to all subsequent women-doctors.

This is the woman who allegedly sat on the Pope’s throne. There is neither the evidence that she is a mythical person nor the facts of her existence. Until the 15th century, there were no denials of her existence, but later, the identity of Papissa began to be questioned.

In this article:famous women, world history