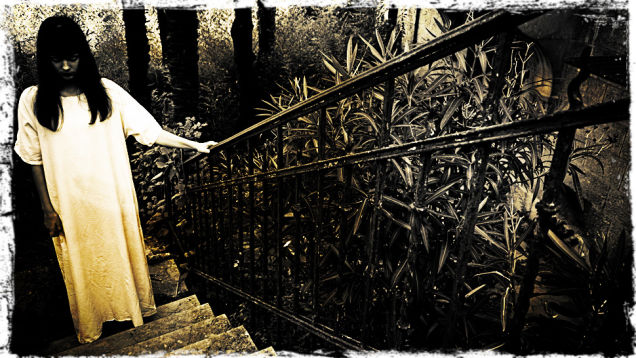 
From a spooky 3,200-year-old tale written on broken pottery pieces to amateur YouTube videos of “ghost chases,” frightening tales of apparitions, demons and goblins have been documented since ancient times and continue to fascinate people today.

Although these paranormal events aren’t supported by science, they have persisted throughout history. Here’s a look at some of the most frightening cases. In 1915, Egyptologist Gaston Maspero published a translation of an ancient Egyptian ghost story, possibly set in Luxor (ancient Thebes, shown above), that was discovered on four pieces of pottery. In the story, a ghost of a mummified man tells a high priest of the god Amun about his current condition.

“I grew, and I did not see the rays of the sun. I did not breathe the air, but darkness was before me every day, and no one came to find me,” the ghost says (translation by Maspero).

“The ghost seems to complain of some accident that has happened to himself or to his tomb, but I cannot make out what is the subject of his dissatisfaction,” Maspero wrote. [Spooky Tales: The 10 Most Famous Ghosts]

The ancient Egyptians believed strongly in life after death, and created a series of spells called the “Book of the Dead,” which they believed helped them reach the afterlife. (Image Credit: Jose Ignacio Soto | Shutterstock.com) A 1,500-year-old winged Chinese tomb guardian, meant to protect the deceased against evil spirits, is now on display at the Royal Ontario Museum.

Tu-po was an ancient Chinese ghost with revenge on his mind. Before he died, Tu-Po served as a minister to Chinese Emperor Hsuan (lived 827-783 B.C.). The two had a disagreement, and Hsuan had Tu-Po killed in about 786 B.C., despite warnings that Tu-Po would come back and haunt him.

Tu-Po did a lot more than haunt the emperor: Three years later, in 783 B.C., “Hsuan was killed with an arrow fired by an apparition resembling Tu-Po in front of an assembly of feudal lords,” wrote Chinese philosopher Mo Tzu (lived 470-391 B.C.). (Translation by Yi-pao Mei, from “The Complete Book of Ghosts” by Paul Roland.) (Image Credit: Public domain, courtesy Wikimedia) Roman senator Pliny the Younger, who died in A.D. 113, told a ghost tale so haunting that it survives to this day. “There was at Athens a large and roomy house, which had a bad name, so that no one could live there. In the dead of the night, a noise — resembling the clashing of iron — was frequently heard, which, if you listened more attentively, sounded like the rattling of chains,” disturbances that led to the appearance of a specter “form of an old man, of extremely emaciated and squalid appearance, with a long beard and dishevelled, hair, rattling the chains on his feet and hands.”

Needless to say, the house was abandoned and had to be rented out for a cheap price. When a philosopher named Athenodorus heard the story, he reportedly rented the house and confronted the ghost. The ghost appeared, and rattled around before vanishing. Athenodorus calmly marked the spot where the ghost vanished and, in the morning, ordered that the spot be dug up, the story goes. (Image Credit: Nick Pavlakis | Shutterstock.com) [Americans’ Beliefs in Paranormal Phenomena (Infographic)]

“This was accordingly done, and the skeleton of a man in chains was found there, for the body, having lain a considerable time in the ground was putrefied and mouldered away from the (chains). ” After being given a proper burial, the ghost departed, and the house was haunted no more, according to Pliny’s tale. (Translation from Pliny the Younger, The Harvard Classics, 1909-1914.) A lion statue was erected near the city of Chaeronea, in Greece.

The writer Plutarch, who lived from A.D. 45 to 120, tells a ghost story that has a much sadder ending than the one from Athens. In the city of Chaeronea, Greece, there was a boy named Damon who attracted the attention of a Roman military commander, who apparently loved him, historical records suggest. Damon refused the commander’s advances, enraging him.

Knowing that he would be killed if he did nothing, Damon got a group of friends together, ambushed the Roman commander (and several other Roman soldiers), killing them. The city council of Chaeronea condemned Damon and his friends to death. After that proclamation, Damon, who had not been killed, had the council members killed.

Damon and his friends then took to the countryside, plundering it. Eventually, the townspeople allowed Damon to return, but he was killed shortly afterward in the local bathhouse.

“And because, for a long while thereafter, certain phantoms appeared in the place, and groans were heard there, as our Fathers tell us, the door of the vapour-bath was walled up, and to this present time, the neighbours think it the source of alarming sights and sounds,” Plutarch wrote. (Translation from Loeb Classical Library, 1914.) (Lion statue, Image Credit: Philipp Pilhofer, CC Attribution-ShareAlike 3.0 Unported)

The Tower of London The Tower of London on the Thames River, at night.

Britain’s numerous castles are hotspots for ghost stories. The 900-year-old Tower of London is said to contain numerous ghosts, and the Queen’s House is considered by tower officials to be one of the most haunted locations.

Among the ghosts in the Queen’s House is that of Arabella Stuart, cousin of King James I. Arabella made the mistake of marrying against the king’s wishes and was sent to the tower as punishment. According to the ghost story, she is still serving her time.

In another spooky tale, a phantom bear is said to haunt one section of the Tower of London, called the Martin Tower. A guard who saw the phantom bear is said to have dropped dead from the shock. The Tower of London served as a menagerie for part of its history and held a variety of animals, including bears. (Image Credit: tkemot | Shutterstock.com) Tunnel trail at Aokigahara Forest in Japan. The forest has historic associations with demons in Japanese mythology.

At Aokigahara Woods, located at the foot of Mount Fuji in Japan, the corpses of dozens of suicide victims have been found over the past two decades, and the forest has become a popular place for troubled Japanese citizens to end their lives.

Today, there are signs in the forest, urging people not to end their lives and asking them to seek help. Given the number of suicides that have occurred in the forest, ghost stories abound, including several alleged encounters with the apparitions of those who have died there, which can be seen on You Tube. (Image Credit: Sean Pavone | Shutterstock.com) An “exorcist” priest holding a crucifix.

In 1949, a boy from Cottage City, Maryland, who was referred to as “Roland Doe” (not his real name), underwent an exorcism performed by a group of Roman Catholic priests, accounts suggest.

There are conflicting reports as to Roland’s alleged powers: Some stories claim that Roland had supernatural strength, could speak in ancient languages that the boy had no knowledge of and could apparently move or levitate the mattress he was lying on.

Since 1949, investigators have called into question many of these claims, providing evidence to suggest that Roland was a psychologically troubled boy who hated to attend school and that his abilities were far from supernatural. In any event, the exorcism took place. The events inspired a 1971 novel called “The Exorcist” by William Peter Blatty, which, in turn, inspired the famous 1973 movie. (Image Credit: Photographee.eu | Shutterstock.com) Dorothy was the sister of Sir Robert Walpole, the first prime minister of Great Britain.

In 1936, a photographer taking pictures of the 300-year-old Raynham Hall in Norfolk, U.K., captured an image of an apparition floating down the stairs. It’s one of the most famous ghost photos ever taken, although some experts believe it was caused by double exposure.

The manor, covering an area of 7,000 acres (2,833 hectares), has a long history of being haunted, and the BBC notes that the ghost may be of Lady Dorothy Townshend, the wife of the second viscount of the estate. She died in 1726, supposedly of smallpox, after having an affair, which her husband Lord Townshend had learned about before her death. She is said to still wander the manor dressed in brown. (Image Credit: Photo by Hubert Provand, published in Country Life Magazine in 1936, courtesy of Wikimedia)

Hampton Court Palace in Surrey, England, has a photogenic ghost of its own. In 2003, a CCTV camera caught an image of a skeletal figure, clad in centuries-old clothes, closing a sturdy fire door that had flung open. The ghost, nicknamed “skeletor,” attracted a great deal of media attention.

“It wasn’t just security staff who thought they were seeing things. A visitor wrote in the palace’s visitor book on the [day that skeletor appeared on camera] that she too thought she had seen a ghost in that area,” officials wrote on the Hampton Court Palace website.

Skeletor is not the only ghostly inhabitant of Hampton Court Palace. Catherine Howard, one of Henry VIII’s wives, was imprisoned there and was supposedly dragged to her room, screaming all the way. The area that she haunts is called the “screaming gallery.” Image of the Amityville house as it appeared in December 2005.

The Amityville haunting is perhaps the most famous ghost story in America. Ronald Defeo Jr. was convicted for the 1974 killing of his mother, father and four of their children at their home in Amityville, New York. Reports indicate that the gun Ronald used didn’t have a silencer, and there was no sign of a struggle inside the house — facts that left investigators puzzled.

In 1975, a new family, the Lutzes, moved into the Amityville home, having bought it at a discounted price. They lived there for less than a month. During that time, voices were heard around the house, their daughter developed an imaginary friendship with a red-eyed pig called Jodie, the house attracted swarms of flies, there was banging on the walls and the furniture was said to move on its own, according to reports from the family. [Spooky! Top 10 Unexplained Phenomena]

Paranormal investigators Ed and Lorraine Warren were called in to investigate, and they also reported encountering paranormal phenomena. Ed Warren said he was pushed to the floor of the basement by an unknown force. The house still stands today, although recent owners say it is not haunted. The 1977 book “The Amityville Horror” and a number of films are based on the story. (Image Credit: courtesy Wikimedia, released into public domain) 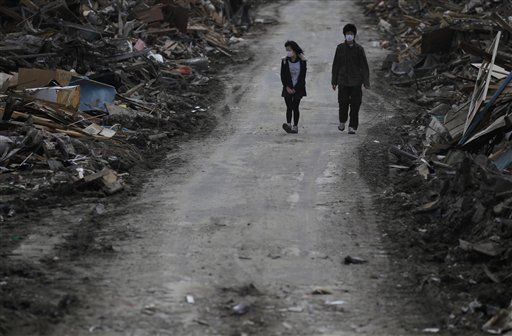 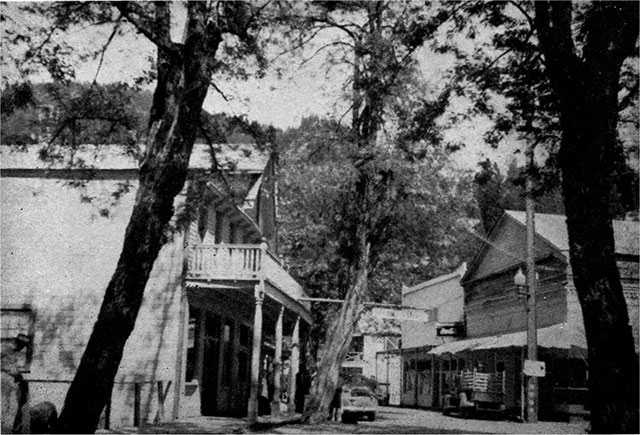 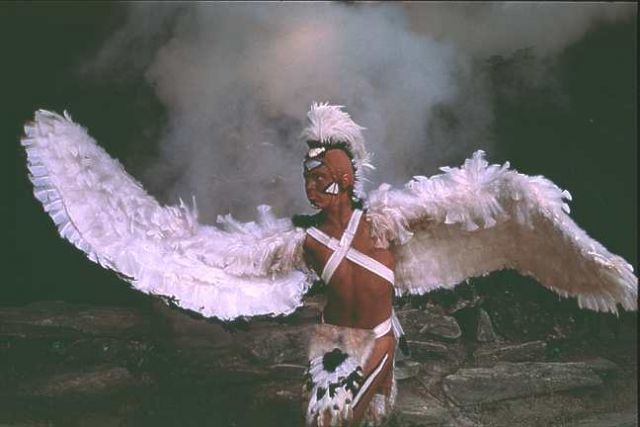